A Conyers, Georgia police dog died after being left for nearly 10 hours in his officer handler’s hot patrol car. 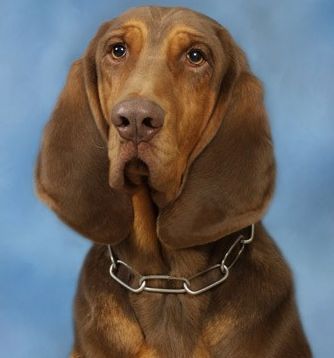 Zane, a 5-year old Bloodhound, had been with the Conyers Police Department for 4 years. Image via CPD.

Video: CAUGHT ON TAPE: Officer Shot In The Head During Shootout, El Cajon

Zane, a 5-year old Bloodhound, had been with the Conyers Police for 4 years as a tracking dog. For the past 3 years, he’d been cared for and living with police officer Jerahmy Williams.

When Williams’ shift ended around 6am on Thursday morning, he drove home, with Zane in the car, and fell asleep. He reportedly thought he’d put Zane in his kennel before laying down.

Ten hours later, he realized Zane was still in the car. He had died from apparent heat exhaustion.

Police Chief Gene Wilson believes this was a tragic accident.

Williams has been placed on administrative leave, with pay, while an investigation is underway. If found guilty, he could face charges of reckless conduct and cruelty to animals.