Dogs have been hunting wild animals and birds for centuries. In fact, we all know that originally, dogs were domesticated by humans primarily to help out with hunting, whether by becoming best hunting dogs on their own merit, or by assisting human hunters. 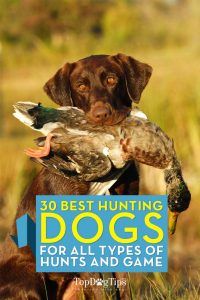 Even back in the medieval times, canines used to go alongside hunters on horseback to hunt wildlife, and there are many writings that point to dogs being original hunters. Today, hunting with dogs by your side is not as popular in many US states, but the practice didn’t go away completely. Not by a long shot.

Hunting is still very popular, and hunters are always on the lookout for the best hunting dogs, which are often chosen and listed by other professional hunters who evaluate every gun dog’s capabilities and assess which gun dog breed is most appropriate for certain types of hunts.

When it comes to choosing only the best hunting dogs, that is a very hard pick to make. All dogs are unique in their own regard and are best for specific hunting tasks.

For example, some gun dog breeds are better at catching fast prey such as rabbits or foxes, while others will be pros at sniffing out hiding places of certain animals.

The bottom line is that there’s no one single best hunting gun dog. There are multiple breeds that are considered to be best hunting dogs by professional hunters, and I’ll list those for your below. You be the judge on this one and let us know in the comments below which gun dog breed you prefer to go hunting with and why.

30 Best Hunting Dogs for All Types of Game= 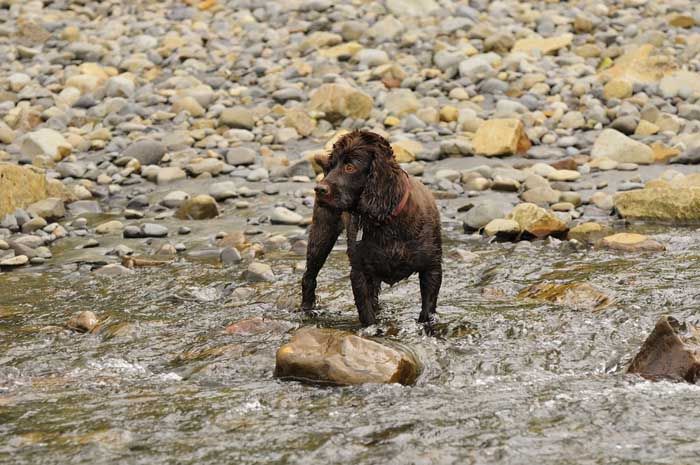 A close relative of (or rather a mixture of) an American Water Spaniels, Pointers and Retrievers, Boykin Spaniel is a breed that has originated in South Carolina back in the beginning of 20th century. These rare best hunting dogs are especially loved by serious hunters and have gathered some decent (but not highest) rankings on the hunting dogs charts across multiple dog hunting online resources.

Boykin Spaniel is very energetic dog breed that loves to work hard. They are often used in hunts for mainly pheasants, grouses or quail (upland). Occasionally, hunters will also take Boykins with them for hunting ducks and geese, although this is not their specialty. 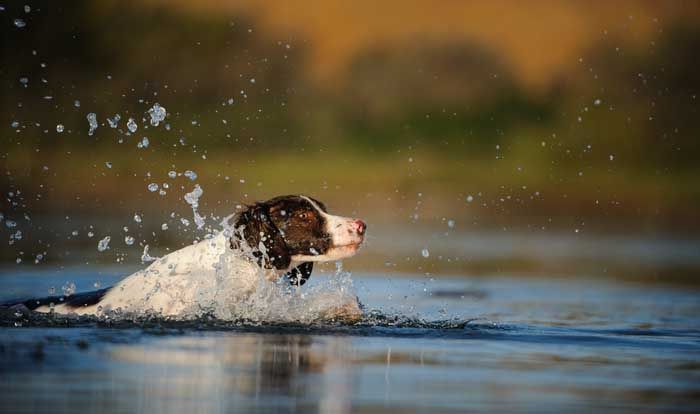 Brittany dog breed, which originated in France sometime in the 1800’s, is a cross from different Spaniels and English Setters. Brittanies were bred for pointing and retrieving. They are a quick and curious breed and they do need a lot of exercise on a daily basis, as they can get quite destructive when they do not get enough of it.

Aside from being simply cute, adorable and friendly family dogs, Brittany breed is different from other pointers because is closer to the ground, and will be able to outmaneuver most other pointers by deftly running through bushes and trees. Brittany is considered an all-around great hunting breed. 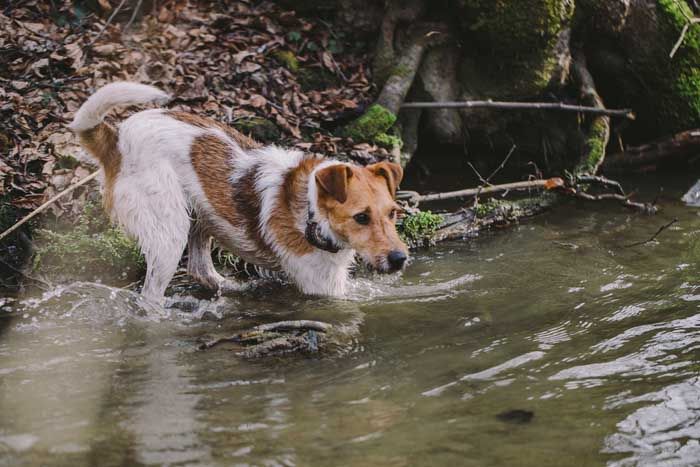 Energetic, lively and small, Wire Fox Terriers are one of the best hunting dogs because that is what they were bred to do back in England of 17th century. These dogs go up to only 20 lbs in size, and are fairly rare these days among hunters, but their powerful frame and fast speed makes them a very suitable chaser of foxes.

Today, Wire Fox Terriers are home dogs that are great with kids. Back in the day, these dogs would chase foxes into their underground burrows, which is where hunters would finish the job, or vice versa – out of their dens and other hiding places. Because Fox Terriers, both smooth and wirehaired, have small bodies, they are able to get in most places foxes can. And their relatively long legs allow to keep up with foxes, too. 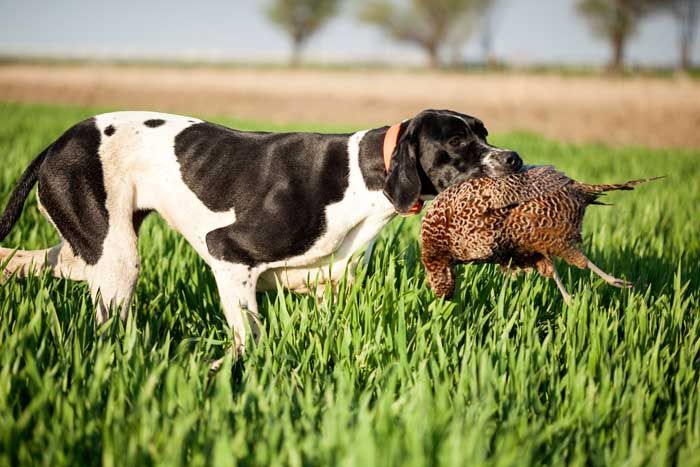 Pointers are a popular breed, but because there several types of Pointers, the original one is often called English Pointer. Genetic makeup of Pointers includes some of the most talented breeds, such as Greyhounds, Foxhounds, Bloodhounds and setting spaniels. Pointers have originated in England sometime in the 1600’s. As their name suggests, they were bred for pointing out prey during hunts.

This is a very hard working breed who is especially fascinating by catching anything with feathers. Pointers can endure different types of climates and will be able to maintain high energy levels while searching for that prey in the tall grass. Today, they make great companions and are considered one of the best hunting dogs to ever exist. There are two other breeds in the Pointer family which are both covered on this best hunting dogs list. 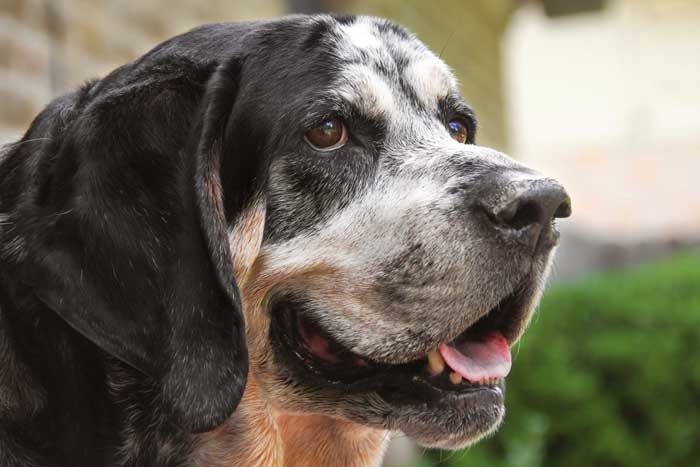 Mostly popular because of certain cartoons, Bluetick Coonhound is actually one of the best hunting dogs one can wish for. This breed is mostly famous for being able to stand toe to toe with some of the most dangerous animals, such as mountain lions. Bluetick Coonhound are great mountain lion hunters and they have the power, stamina and sense of smell to keep up with an “enemy” of that level.

Coonhound’s ability to pick any trail and follow it to a letter is famous among avid hunters, and most of them know the true value of this breed. Originally, they were purposefully bred a slower version of foxhounds, but Bluetick Coonhounds evolved to have a lot of athleticism and pose threat to animals like cougars. 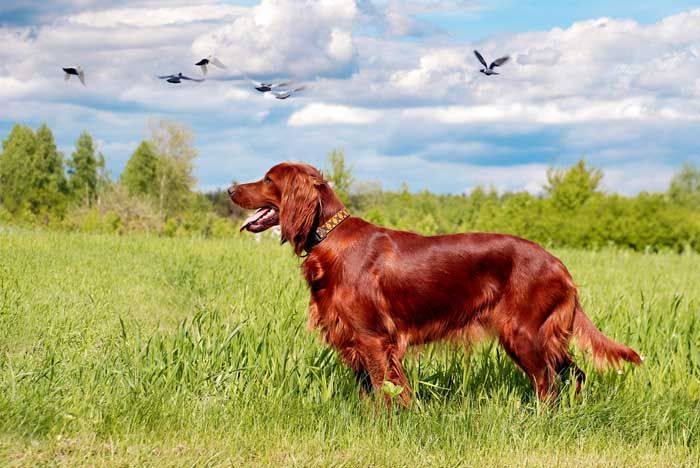 Most Setters were first bred for bird setting, retrieving, and pointing. Irish Setters originated in Ireland in the 1700’s. They are a mixture of spaniels, pointers and other setters. This is one of the best hunting dogs due to them being fast workers and who are especially talented at bird setting and retrieving. It’s a very lively breed that is willing to work hard for you.

Irish Setters will be most often used in hunting small game, and occasionally for turkey hunts. This breed is not a hunter’s first choice, especially with English Setter still out there, or Brittany who is considered to be much better at the same task. Nonetheless, Irish Setters are still great for hunting, and they’re also a lively, beautiful and friendly dog for home and kids. 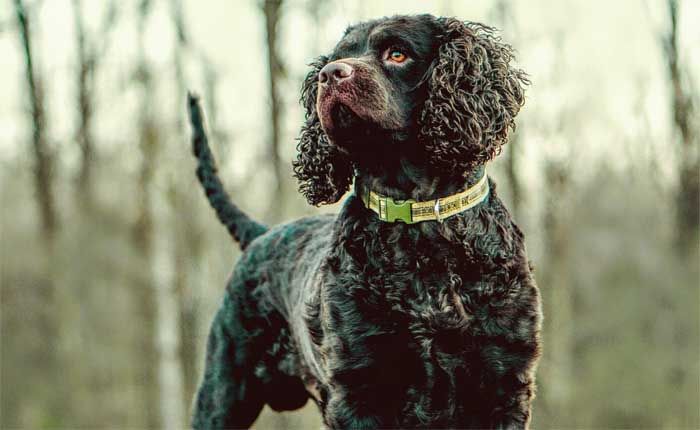 A close cousin of the already mentioned Boykin Spaniel, American Water Spaniels have originated in the United Stated around late 1800’s. These dogs were bred for bird flushing and retrieving, and quite frankly, we all know they’re great at it. In fact, AWS (which is how they are often abbreviated) are rated much higher than Boykins by dog hunting professionals.

Similarly to Boykin Spaniel, these best hunting dogs are adept at retrieving that small game in the tall grass, and they will work hard until the prey is found. AWS are not by any means lazy dogs, which makes them perfect for those multi day long hunts. On the flip-side, they do not require excessive exercise on a daily basis, just long walks. 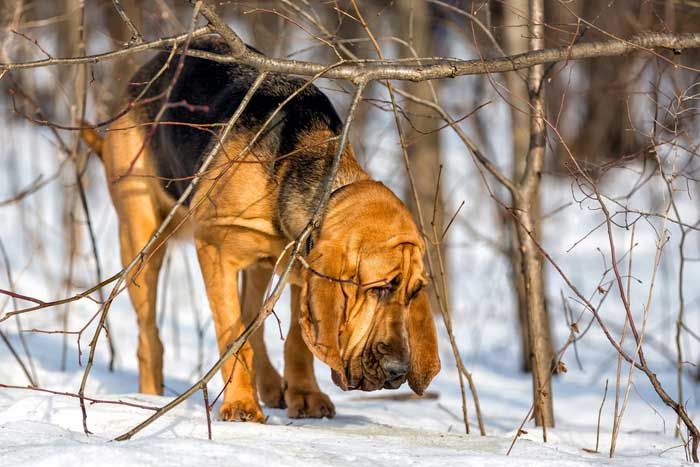 Possessing quite possibly the coolest and scariest sounding name, Bloodhound dog breed is exactly what it sounds: they are ruthless hunters who are prepared to face whatever prey they are after. Bloodhounds are truly best hunting dogs that always consider themselves leaders of the pack, and they are prepared to take on any challenge with their amazing tracking skills and sense of smell.

This large breed was originally bred for hunting big and potentially dangerous game, such as wild boar or deer. However, after people discovered how strong of a sense of smell these dogs have, they began using Bloodhounds for tracking people as well, which is the primary reason these dogs are still bred today. 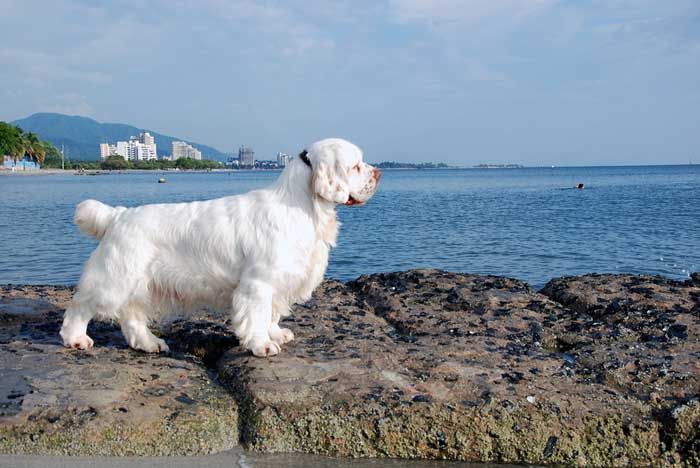 Originated from England in the 1700’s and bred for bird flushing and retrieving, Clumber Spaniel dog breed is not a name of the breed you’ll hear too often. Nonetheless, this is still a Spaniel, and Clumber Spaniel shares a lot of the same traits with other Spaniels, all of whom are great dogs for hunting.

Clumber Spaniels love their walks and may need more baths than other dogs to keep their beautiful white coats shining white. But in terms of hunting, this gundog is ideal for upland hunting in dense cover. They were originally bred for partridge and pheasant hunts, but their slower speed doesn’t allow them for effective chases. However, Clumber Spaniels have a very fine sense of smell and they’re great on stamina. 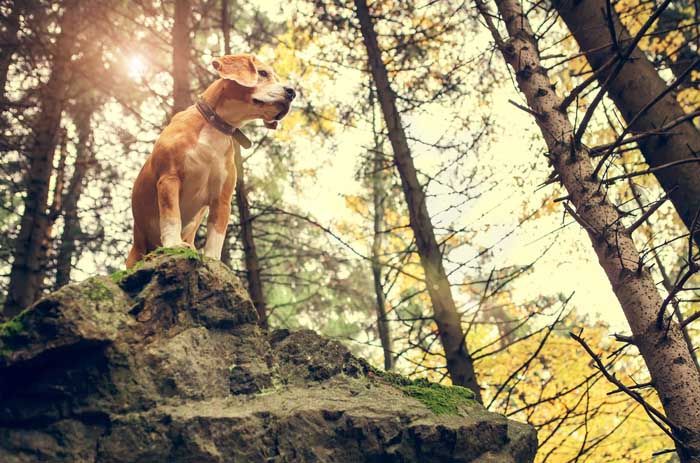 America’s iconic hunting dog, Beagles (breed profile) are the breed of choice for hunting rabbits – one of the toughest assignments for a hunting dog. It’s been over two hundred years that Beagles have been known as professionals of small game hunts, and they continue to maintain this name to this day, with most professionals considering them to be the absolute best hunting dogs.

Beagle dog breed will usually have a strong nose, too, and they are often used for assignments as detection dogs. Fortunately or not, they love barking, which allows hunters to always keep track of where the Beagle is currently at when on a hunt. But on the other hand, this is not the type of dog your neighbors will appreciate you bringing home one day.