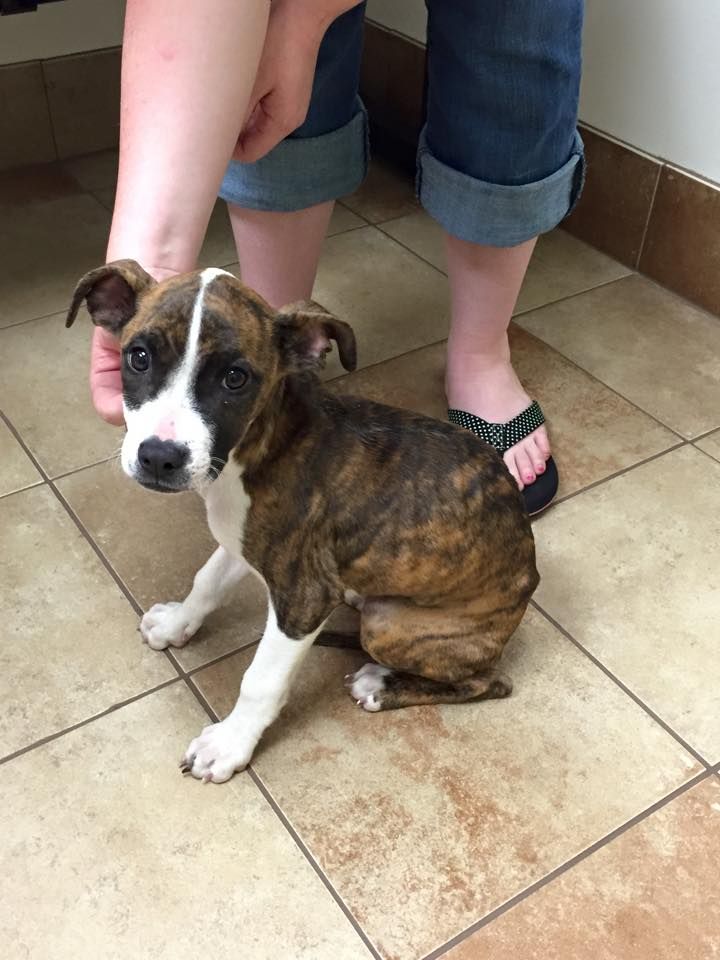 I would go for weeks without eating. I was so hungry I was barking at the fence hoping for a scrap of food or even some attention from somebody. That’s when this nice lady saw me. I remember her being really upset with my appearance. You see I was nothing but skin stretched over a skeleton. We road in the car to my soon to a really nice house. She took me straight to the bathroom and washed me clean. I heard her telling a man my story. I had been attacked by my first rescuers dog and he bit me really bad on the neck. The humans thought I was going to die, and they just left me outside. When I survived the night, they scrounged around and gave me some water and leftover scraps from the table after they had finished with their meal. I was only 3 months old, and not taught to go potty outside. When I would have an accident in the house, the man I was living with would beat me. He even broke the drywall in the house by shoving my head through it.

As I stood in that bath, at the nice lady’s house, I fearfully looked at her husband…he looked angry by my story. He demanded we get in the car and took me straight to the doctor. The vet didn’t want to let me in because they were by appointment only, but one look at me and we were in. I weighed in at 9 pounds. That was less than the nice lady’s chihuahua. I had so many fleas all over me I was anemic. I would eat random scraps, but because of the worms inside, I wasn’t getting any nutrients. The doctor gave me some shots, fed me, stuck something up my butt and gave me a shot in the neck to kill the infection and get rid of the puss.

When the vet left to run some tests, that’s when I got my new name. Hope. The nice man that was with my rescuer said that I needed Hope. They took me home, shared their house, couches and blankets with me and I grew to love them. I have three fur sisters, Shelby, Snickers and Cindy Lou who were all rescued like me, and one boyfriend named Riley. My sisters were unsure of me at first, because they are all older than me, but they love me know. I make sure of it!

I love my new house. I get treats everyday, new toys. I LOVE squeaky toys and wrestling with my daddy. I get to eat everyday, and roll around in the grass outside whenever I want! I am six months old now and I weigh almost 40 pounds. I am pure muscle and everyone says I’m gorgeous. My name is Hope, and I have Hope, all thanks to my new family that loves me. 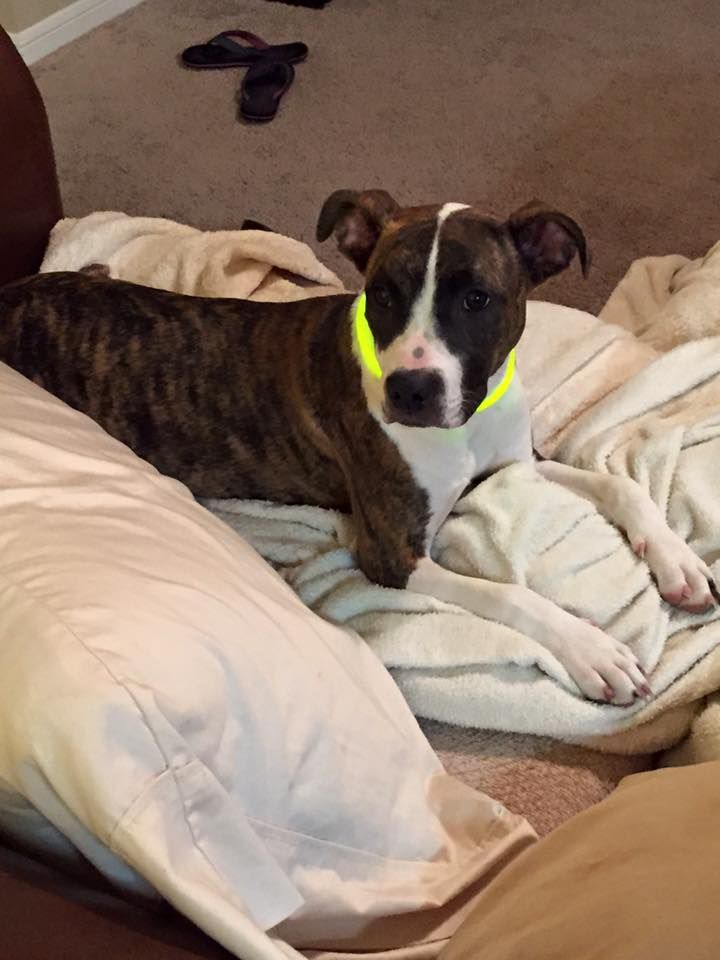