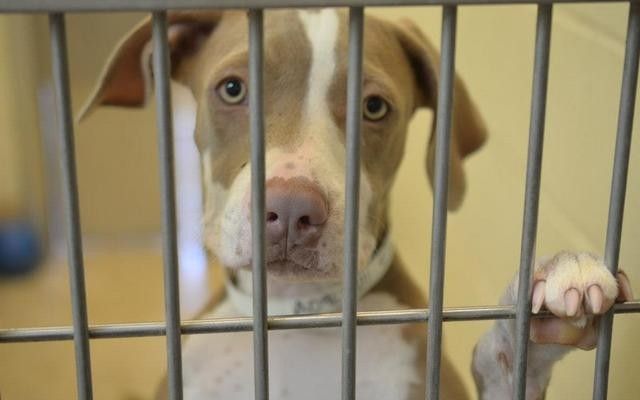 Zappos.com is known for selling shoes, handbags and clothing. Many fashionistas search their site for great deals on the latest styles, but now pet owners and animal lovers have a reason to browse their site too. No, they haven’t started a line of ultra-trendy dog clothes – they’re actually offering to buy their customers a shelter dog as a Black Friday incentive.

I know what you’re thinking. Zappos wants to spend money on Black Friday instead of promoting their merchandise to cash in on the millions of shoppers who will be in search of great deals? Yes! That’s exactly what Zappos wants to do!

From Black Friday (November 27th, 2015) through Cyber Monday (November 30th, 2015), Zappos has agreed to cover the cost of adopting a cat or dog from over 150 no-kill shelters across the United States. The effort is part of their new campaign called “Home for the Pawlidayz.”

For every pet that is adopted during the four day event, Zappos will also give an additional $150 to Best Friends Animal Society. They are a leader in the no-kill movement, and they work with rescue groups and shelters around the country to end the unnecessary killing of dogs and cats in shelters. They are the only animal welfare organization in the country that is strictly focused on the no-kill movement.

Best Friends Animal Society is a nonprofit organization that operates the largest sanctuary for homeless animals in the United States. The organization also provides spay and neuter, adoption, and educational programs in numerous communities around the country.

The money donated by Zappos during their Home for the Pawlidayz event will go toward the costs of immunizations, food and medical care for animals that will still be in need of a forever home.

Video: Getting a Dog?

All potential pet parents have to do is find a Best Friends Animal Society near them or locate one of their 150 partnering rescue organizations. Contact the rescue between November 27-30 to find the right pet, and go through the organizations specific adoption procedure. It’s that simple!

Black Friday is usually about getting the best deals of the year on everything from electronics to children’s toys. It’s actually pretty ironic since the day before Black Friday is supposed to be spent giving thanks for everything that we tend to take for granted throughout the year.

It’s nice to see a company go above and beyond to bring giving back into the holiday season. I think a lot of people have forgotten about the importance of giving to those less fortunate during these times of the year. It’s refreshing to see a large company like Zappos doing something to remind everyone about what the holiday spirit is really about.

If you’re looking for a new furry family member, this weekend would be a great time to adopt one. Maybe you could even pay it forward and take the money that you were planning on spending on an adoption fee and donate it to the shelter or rescue organization anyway?