Hope For Paws Animal Rescue Organization is devoted to helping dogs in need. Many of their efforts to save the fearful, abused dogs of Los Angeles are quite challenging.

They often find themselves patiently luring terrified pups who have known nothing but cruelty and neglect- but no matter what it takes, these devoted rescuers get the job done.

Luckily for us, they record their efforts, providing incredible rescue and transformation videos via their YouTube channel. 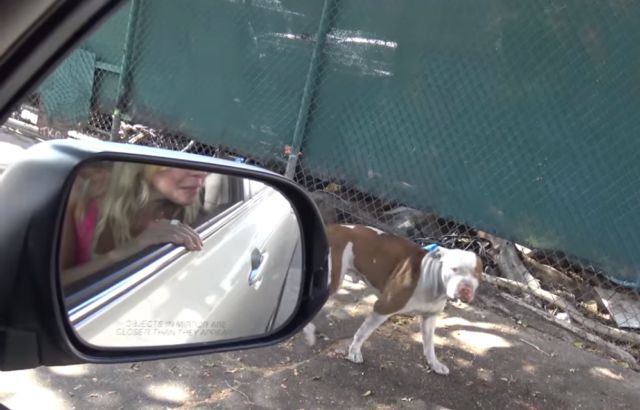 Recently Hope For Paws got wind of a 1 1/2 year old Pit Bull living on the streets of downtown L.A. near an auto body shop. The workers there had been feeding the dog, but they knew that the sweet pup deserved more.

Much to the delight of Eldad Hagar and Lisa Arturo – two of the most seasoned rescuers at Hope For Paws – the dog took an immediate interest in them. They spoke sweetly and tossed treats as the Pittie wagged his tail. In record time, the pooch they named Brutus was riding between them on the way to his brand new life! 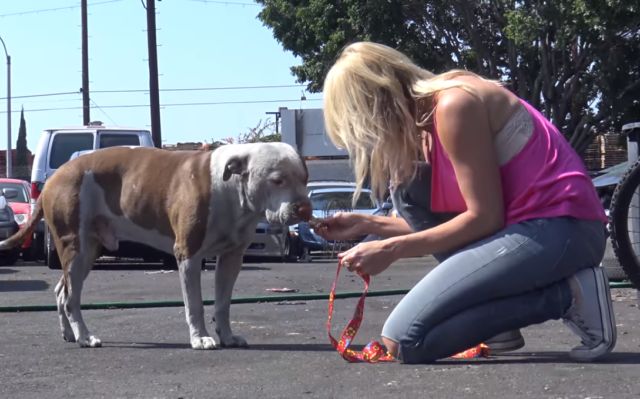 Watch as he sweetly “thanks” his saviors with big, sloppy dog kisses!

After Brutus’ amazingly easy 10 minute rescue he was given a good bath and some nutritious food to get his weight up. He is being placed with an experienced foster family who will love this goofy boy until he eventually moves on to a beautiful life in his forever home! 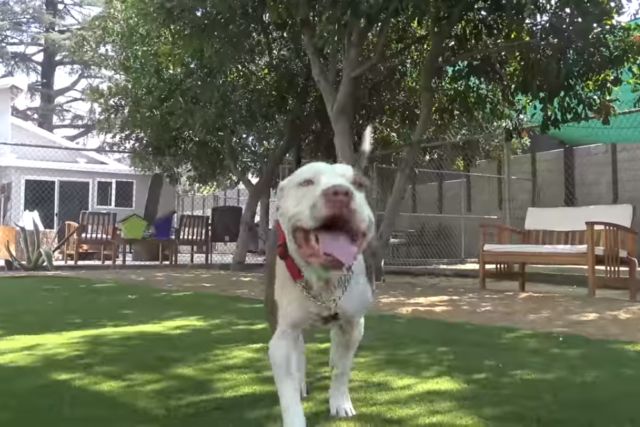 Video: Abandoned dog, waiting for her owner to come back gets rescued - Please share!

Interested in becoming Brutus’ human? Visit addtoyourfamilyadopt.org to fill out an application.

Hope For Paws’ YouTube channel has dozens more dramatic, daring, heartwarming and inspirational rescue videos like Brutus’, so tune in! Click here to donate to their efforts.

All Photos via YouTube/Hope For Paws