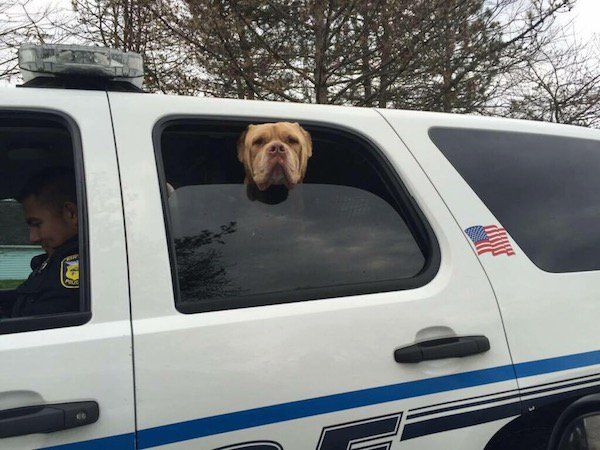 When the Kirtland Police Department picked up a stray dog wandering the streets of their Ohio city in March, police began an extensive search for the dog’s owner.

In the several weeks that passed, no one stepped forward to claim the dog – but something special happened in that short time – the entire department fell in love with the sweet, gentle pit bull.

Rather than take him to a shelter, the department, with permission from the Chief of Police and the city’s mayor, decided to adopt “John Doe Dog” themselves. 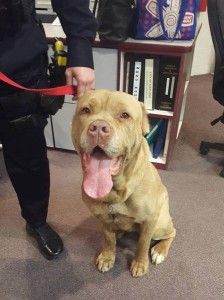 “Some of you may have followed the story of our stray John Doe Dog,” Kirtland Police Department wrote on Facebook. “We tried to find the owner of this marvelous animal to no avail. The folks here at the Police Department wanted a good home for JD (this is now his name) so with the permission of the Chief and the Mayor JD has been adopted by the Kirtland Police Association but they also share the warmth this stoic animal has brought with City Hall and the Fire Department. JD has fit into the environment as though he were here always. We are happy to have him in our department and our lives. He loves everyone and we love him.”

JD is no longer living on the streets, but is calling the Kirtland Police Department home, with occasional visits to the fire department and other city offices. City employees take JD on field trips and often take turns bringing him home to their families at night where he’s spoiled rotten and loved like he deserves.