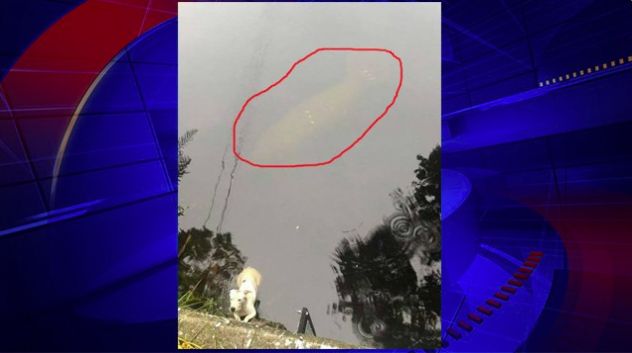 As a dog struggles to survive a fall into the Hillsborough River in Tampa, Florida, an unusual friend came along to keep the pup company until help could arrive. 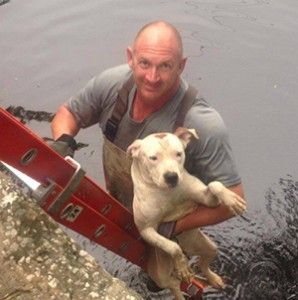 When residents near the river heard splashing and whimpering, they were shocked to find a dog had somehow fallen into the river, down a very steep, deep bank, and was unable to get out. They flagged down Tampa Police officer Randy Lopez who quickly sprung into action to rescue the pup – but not before snapping an amazing photo!

Just a few feet away from where the frightened pup was clinging to a seawall, a manatee waded, keeping the dog company until he was saved.

We could all learn a lesson in compassion from observing animals.

The dog was safely brought to shore, though My Fox Tampa Bay reports that he was suffering from several bug bites and had injuries to his paws. He was returned to a family that was very happy to see him.

As for that manatee, police said it’s one of those rare sights you only see once in a lifetime.