Video: Hope For Paws: Rescue Abandoned Injured Dog in Heat Being Attacked by Other Dogs 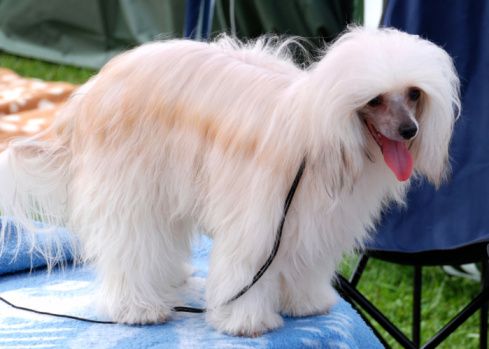 This Thursday, tucked between the Macy’s Thanksgiving Day Parade and the popular football games being broadcast on NBC, the National Dog Show, now in its 11th year being aired on Turkey Day, hopes to become a Thanksgiving Day tradition!

Video: Hope For Paws: Benji was homeless his whole life... WATCH what happens next! Please share.

Last year, the show earned NBC nearly 20 million viewers, proving that dogs are valued members of the family, to be included in celebrations.

The Kennel Club of Philadelphia, who organizes the event, actually holds the show a couple of weeks prior to Thanksgiving. While some viewers find the Westminster Dog Show to be somewhat boring to watch, NBC edits footage from The National Dog Show into 2-hours of family entertainment, showcasing the most popular dogs from each category and adding fun commentary from well-known celebrities.

Actor John O’Hurley, best known for his role as J. Peterman on “Seinfeld,” has hosted the event since it began airing on Thanksgiving Day.

For the American Kennel Club, the National Dog Show isn’t just about finding the best dogs in several breed categories. The shows also help raise money for a variety of canine-related causes, including University of Pennsylvania’s School of Veterinary Medicine.

For many of the shows 20 million viewers, it’s about spending quality time with the family – including those with paws.

Will you be tuning in to see if your favorite breed wins?

Check out some behind-the-scenes clips from the 2012 National Dog Show in the video below!