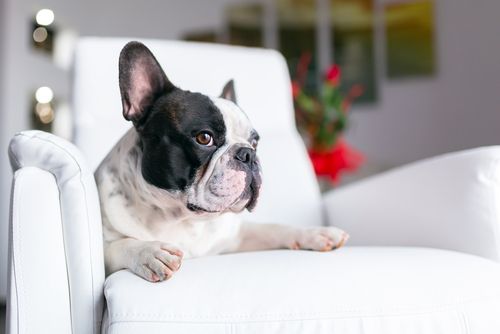 There is something in your kitchen and maybe many other rooms of your home that can seriously hurt your dog. We add it to many of our food items and we use it in utilitarian jobs around our houses. It even crops up in recreational gear. It is salt and it can be a danger to your dog.

Sodium ion toxicosis is a clinical syndrome that occurs when an animal ingests salt out of balance with the amount of water he drinks. It is an economic problem in livestock who become acutely poisoned in a herd or group. Livestock are most at risk because they eat grains and feeds that can be easily mixed incorrectly with too much salt and no one can tell until the animals start to become ill. Pet dogs can be at risk also, not only because of dietary intake, but also because many household items contain large amounts of sodium. Some surprising sources of sodium ion are:

Avoid sharing salty snacks with your dog, not only because of the salt, but also the frequently high fat content and low nutrient density. Remember that preserved meats such as sausage and bacon, have lots of sodium. Chips and pretzels can also boast surprising sodium contents.

Symptoms of sodium ion toxicosis in dogs include: vomiting, weakness, diarrhea, and eventually brain swelling with tremors and seizures. If your dog is showing any of these signs, seeing a veterinarian is absolutely critical. Emergency care will need to be instituted.

Swimming in ocean water can serve as a risk if dogs do not drink enough fresh water also.
The holiday season brings guests, snacks, games and unattended times for pets and sometimes even beach vacations. Keep your pets safe by being aware of potential hazards. Although sodium ion toxicosis is rare in companion animals, it is easily avoided with a little common sense.