Video: Why Does My Puppy Cry All Night in His Crate? 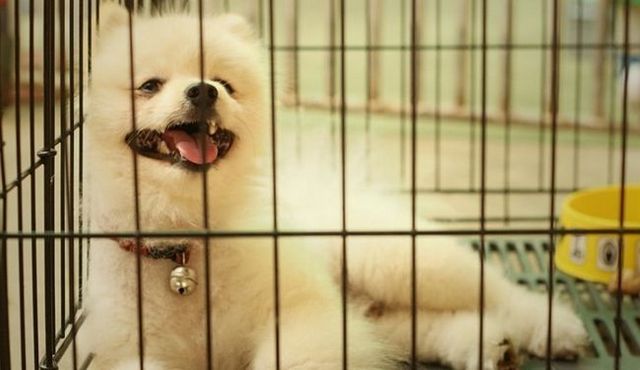 It’s a sound that causes heartbreak. Your little pup is in his crate, crying and whining with a little howl thrown in there for good measure. You do your best to ignore his yelps, but those noises can be soul-crushing at times. How do you soothe him without giving in?

Why Does My Dog Cry in the Crate? 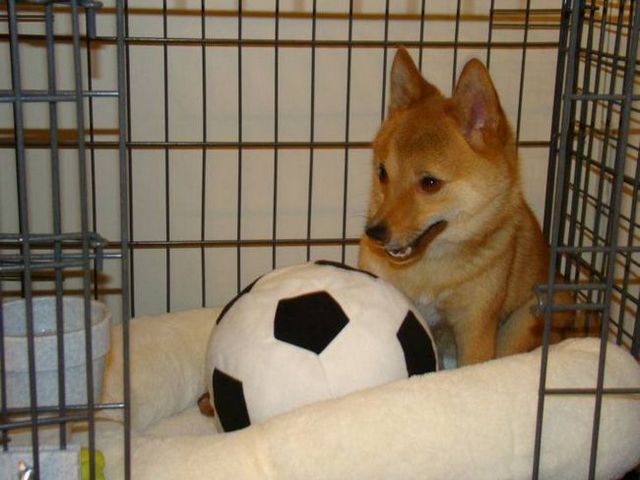 When you hear your dog whine in his crate, you may initially be compelled to think he`s upset because he`s in doggie jail or some type of prison. After all, it`s a small, confined space with a gate allowing him to peer at the outside world. This perception is nothing more than us projecting human elements into his world.

The truth is, a crate can act like a dog`s fortress of solitude- a personal den where he knows he can be safe when you’re not around. It’s a space that plays on his natural, wild instincts to find a secure place where he can sleep and find shelter in the midst of uncertainty. And with proper training, your dog will learn to tap into these instincts and use the crate as an important place of isolated comfort.

The reason that your pup may whine when he’s first placed in this future personal fortress is that he is feeling isolation from the pack for the first time. You are his de facto den leader, and as such, he would want to be where you`re at to draw upon your strength and comfort. Not being able to readily do that freaks him out, hence the whining.

Crying is All Part of the Training Process

If you are going to crate your dog, you need to realize that crying is going to be part of the process at the outset. With this in mind, your goal as a pet owner is to minimize the feeling of abandonment and pack isolation that may be plaguing your four-legged friend. There are several ways that you can go about doing this, from making sure his crate environment is an appealing place to stay to simply tiring him out.

There’s a Fine Line Between Training and Abandonment

As you crate your dog, your endgame is to obviously get him to the point where he’s so comfortable, he’ll take the crate on his own with no fuss. In order to properly guide him to that point, it is vital that you make the experience as positive as possible for him. As long as he associates negative things with the crate, he will act like it’s a miserable contraption - and he won’t back off in letting you know about it.

The reason that you want to make a positive experience out of things is because there is usually so much negative stress surrounding his life when you first start his crate-training. If he’s a puppy, he’s probably not too far removed from being with his mother and sibling, and being away from them is a huge stressor. If you create an environment of isolation around the crate itself, it’s only going to make these anxious feelings of separation worse.

However, there are tactics you can deploy to make him feel less abandoned and more comfortable in his surroundings. For instance, you may want to deliberately place your pooch`s crate in a room that you and your family typically hang out, or you may want to line the cage with something that carries your scent. This way, he can take comfort in knowing that, even though you are not physically present, he is still part of the pack, and the pack hasn`t abandoned him.

Video: Stop puppy from crying in crate | Stop dog from roaming | What Would Jeff Do? Q&A Dog Training Help

Be Kind to Your Pooch - He’s Been Through a Lot!

Crate training is one of the toughest aspects of dog training because of all the stress that’s involved from both your perspective and your dog’s point of view. While you may find the entire process to be tedious and stressful, it`s important that you make sure those negative feelings don`t manifest themselves into nasty behavior that`s hurtful for the dog`s well-being. The best result you`ll get from any type of training is when things are done in a manner that is kind and loving - which is something your dog deserves to receive from you anyhow.