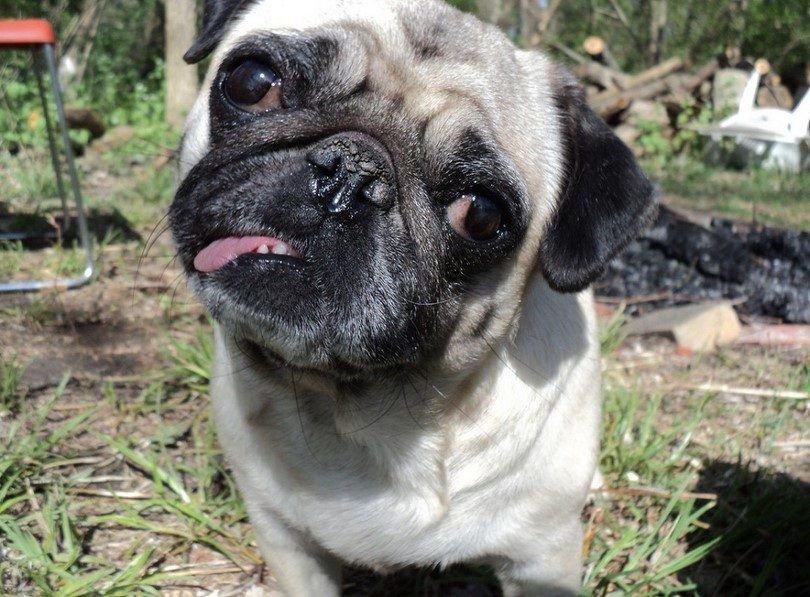 A dog is considered dumb if it is difficult to train. In addition to attention level and rapidity of learning, the dumbest dog breeds are also the ones most affectionate. These dog breeds considered less intelligent could sit by your side all day long and not get bored. They could stare out the window for hours in a row and not feel the need to do something else that would stimulate them more.It is said that canine specimens that are not the smartest were meant to be like this. The most logical explanation is that some dogs were taken out hunting or doing different chores, while others were kept inside, caressed all the time and cuddled. 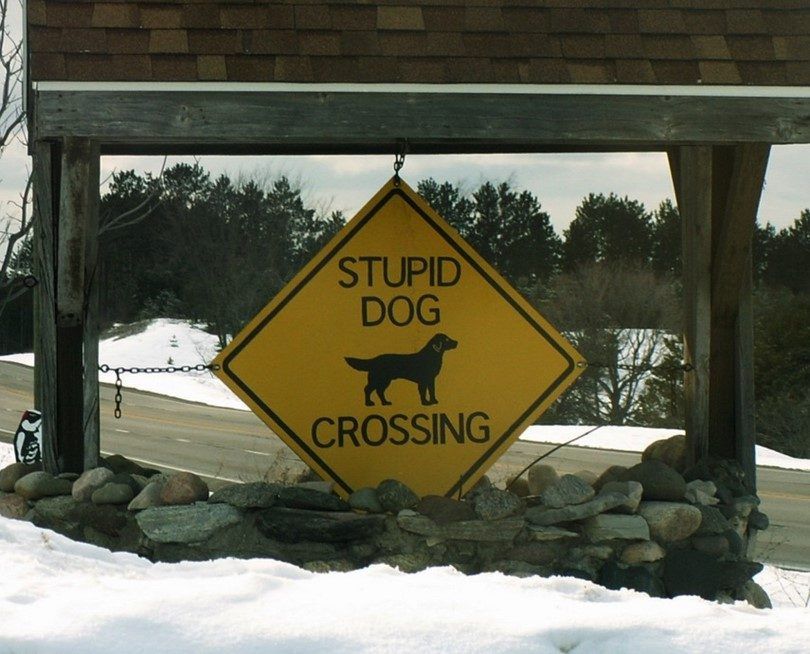 Therefore, the ones that stayed indoors with a very kind and calm owner also became patient, lazy and less agile compared with other, more active and vigilant dogs.25 less intelligent dog breedsThe following 10 dog breeds are considered to be the dumbest: Shih Tzu, Basset Hound, Beagle, Mastiff, Pekingese, Bloodhound, Chow Chow, American Bulldog, Basenji and Afghan Hound. Although this might sound like an insult, they are in this classification because their obedience level is low and their functional intelligence as well. During the initial dressage phase, they need between 30 to 40 repetitions in order to show signs of understanding.There are often necessary over 100 repetitions for any of these dogs to respond positively and have reliable results. Their responses are usually slow and not consistent. Moreover, once they finally learn a command or a trick, their owner or trainer must repeat the needed exercise often because otherwise they will soon act like they never knew how to do that. 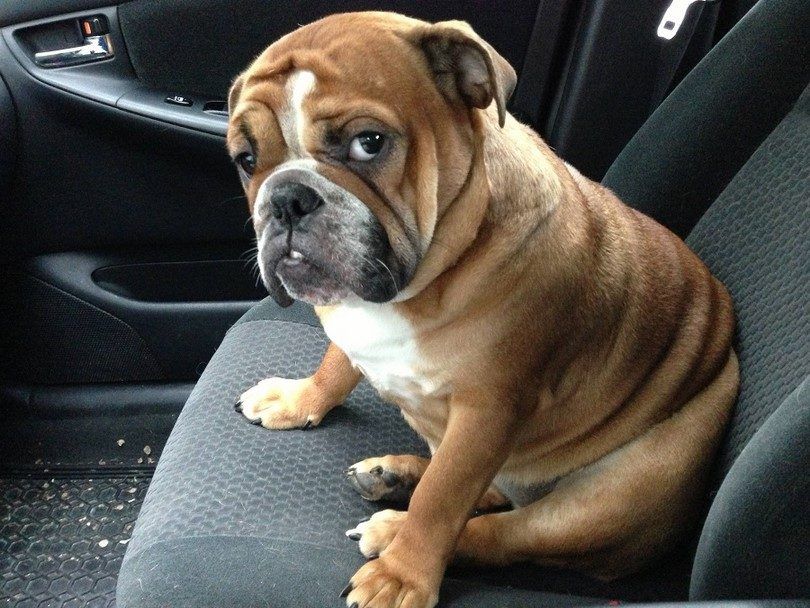 Some trainers and owners think these dog breeds are impossible to train and they give up before trying up to 100 times. The responsiveness level of a canine specimen belonging to any of these 10 dog breeds manifests in 25% of the time if not less. They spend the rest of the time ignoring both the trainer and the owner. They also challenge their orders.In addition, they are reluctant when they should execute a command, as well as insecure and slow. Although there is a strong connection between a dog’s performance level and its owner’s efforts, less intelligent dogs might make any owner feel frustrated at some point and in need of professional help. A professional tamer might have to go through the same difficulties. 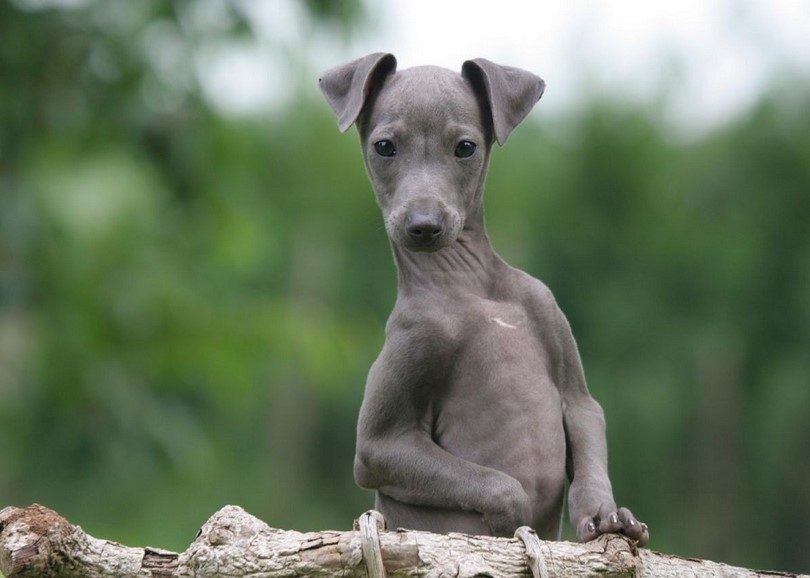 The following 15 dog breeds are more intelligent than the ones mentioned above, but they are still considered dumb: Skye Terrier, Norfolk Terrier, Sealyham Terrier, Pug, French Bulldog, Brussels Griffon, Italian Greyhound, Chinese Crested, Chin, Dandie Dinmont Terrier, Lakeland Terrier, Petit Basset Griffon Vendeen, Tibetan Terrier, Old English Sheepdog, Giant Pyrenees, San Bernardo, Scottish Terrier, Bull Terrier, Chihuahua, Lhasa Apso and Bullmastiff.All these 15 canine specimens are characterized by a minimum level of functional intelligence. They require between 40 and 80 repetitions in order to have an acceptable performance. They sometimes don’t show any kind of understanding sign during the first 25 repetitions.They need many further exercises in order to maintain the achieved level. They can only focus for about 30% of the time when a tamer tries to teach them something. However, they show an increased level of receptiveness when their owner is close. They seem distracted most of the time, but they can be more focused when their owner is beside them. Anyway, they have an attitude that suggests boredom and perkiness. Only a trainer with experience, time on his or her hands, firmness and kindness might return great results with any dog from these 15 breeds.Personality traits of less smart dogsJust because they aren’t the brightest, this doesn’t mean that the 10 less smart dog breeds enumerated above are completely useless. They just need to be trained very insistently and to do constant repetitions. Even though they might sometimes seem to do everything in disgust, they have wonderful qualities that should be taken in consideration and appreciated for their value. Families and children are those who would gladly have a silly doggy among them to play with and bring along wherever they go. In return, they receive loyalty, kindness and last but not least, puffiness!Shih Tzu was created to be a pet and nothing else. This breed is resistant, robust and among the less delicate companion dogs. They seem proud and arrogant, but in fact they are gentle and playful. Shih Tzu is a lively small sized dog that adapts to living inside a house or apartment. It is known to be quiet indoors and to only bark outdoors. 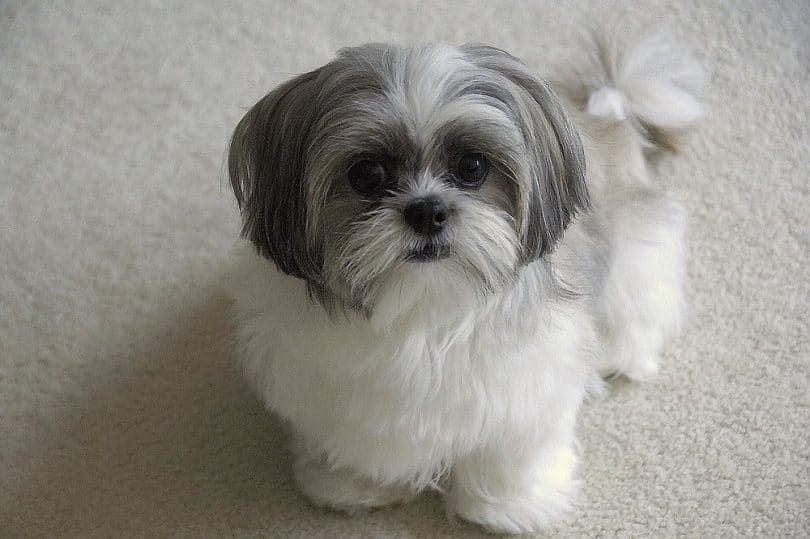 A perfect companion for children, this dog type is affectionate and it doesn’t like to be alone. An older person could also find a true friend in a Shih Tzu thanks to its loyalty and caring personality.Basset Hound is one of the best pets despite being considered less smart. This breed is characterized by calmness, loyalty, loving and understanding with other family members or other pets from a household. They do not like to be alone, so they will always seek the company of their owners. 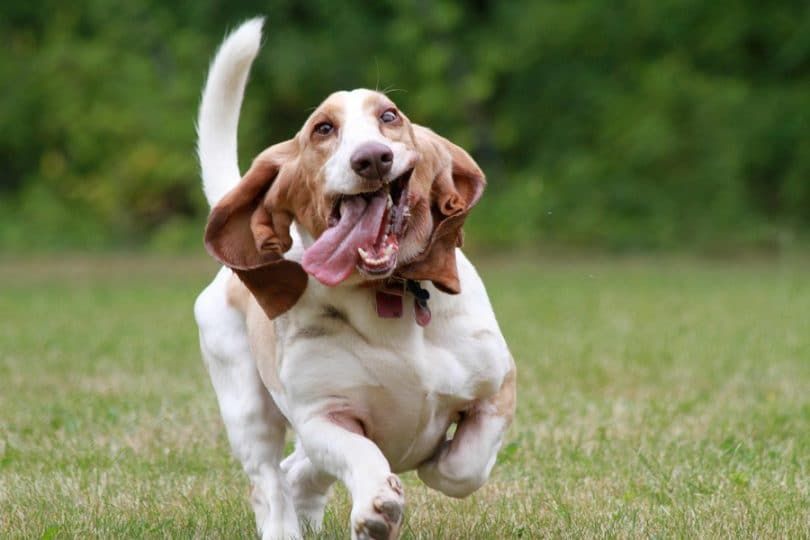 In addition, if their owners are not around, they do just fine in the company of other pets. However, being left alone with children is not good for their health. Children can ride them like horses, fact which can cause problems with their vertebral columns. A Basset Hound has the tendency to become inactive, especially if it is raised in an apartment.Beagle is a friendly and affectionate canine specimen. Its tail is constantly swinging, transmitting joy and enthusiasm. It is not an aggressive dog, but it barks in an aggressive way when needed. Beagles serve as gentle and docile companions. Lively and curious too, Beagles are friendly with everybody, including with other animals. Due to their balanced temperament, they are extremely tolerant with family members of any age.They do not like to be left alone because they get bored and frustrated and because, in time, they develop behavioral issues. A disadvantage of this dog breed is that it doesn’t learn fast enough that it has to wait to go outside in order to empty its bladder and bowels. It is quite stubborn. 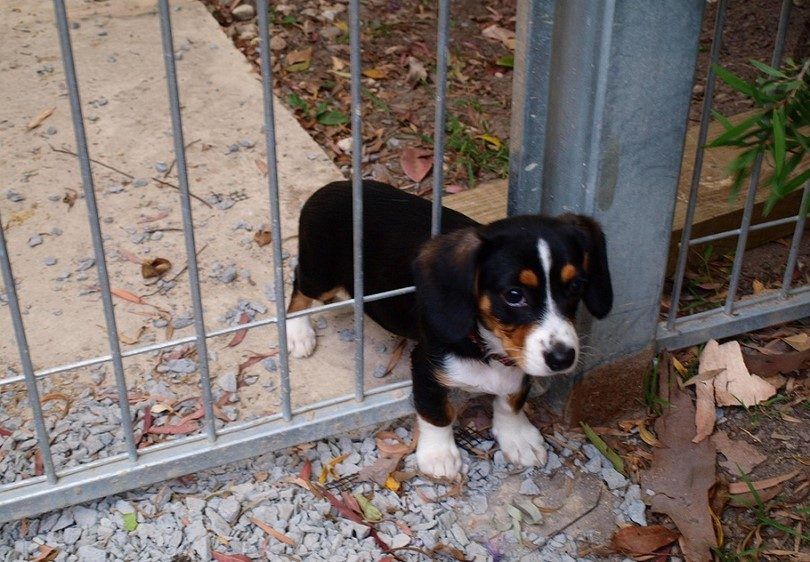 Mastiff is a gentle and loving giant. There is much to say about its temperament, even if it is listed as a dumb dog. It doesn’t excel when it comes to having a lot of energy to play and it tends to be lazy. However, it has a peaceful behavior, fact which makes it an ideal pet for families. In general, a Mastiff craves for the attention of its family and it doesn’t like strangers too much. The absence of socialization and interaction can lead to serious behavioral problems. It is a mannered dog with no major disadvantages. 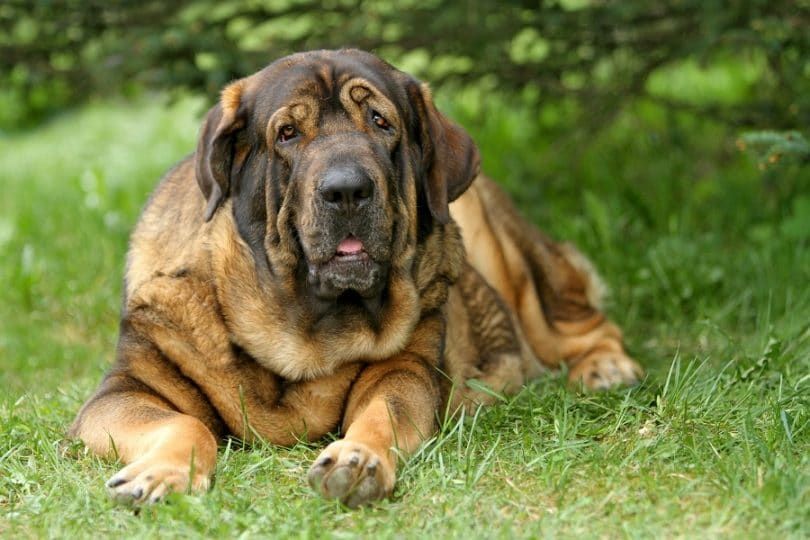 Pekingese is a dog breed characterized by stubbornness and independence. A Pekingese is brave despite its small size. It has a strong character stuffed in a small body. A loyal member of the family, this dog is friendly and exuberant with anyone but a stranger. It barks a lot when it feels danger or basically any noise coming from outside. In addition, it gets along well with kids, especially with the older ones. 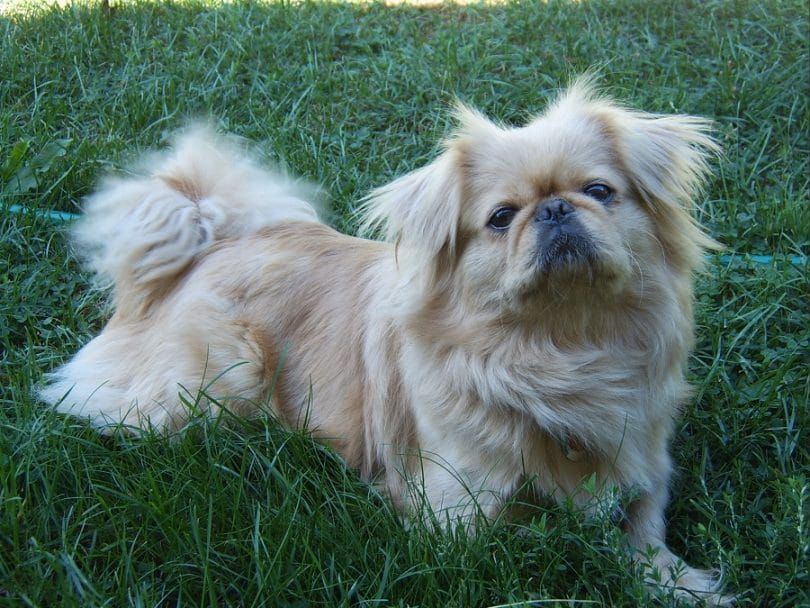 It is a little arrogant and perky and it is not good with other animals. A Pekingese could be a loyal and loving friend, but it can go as far as being jealous and doubt its owner’s loyalty towards it, not the other way around. It’s the kind of independent dog that has a selective hearing. It only does something when it feels like it, not when it is asked.Bloodhound is a calm, patient, affectionate and noble dog breed. It appreciates any kind of attention it gets, including attention from children. It likes kids to ride its back and play in different ways. There isn’t a kid that has more energy than this dog. In addition, its energetic side is revealed when it is taken for a walk in places when it has never been before. It becomes ager to explore the surroundings and more independent too. 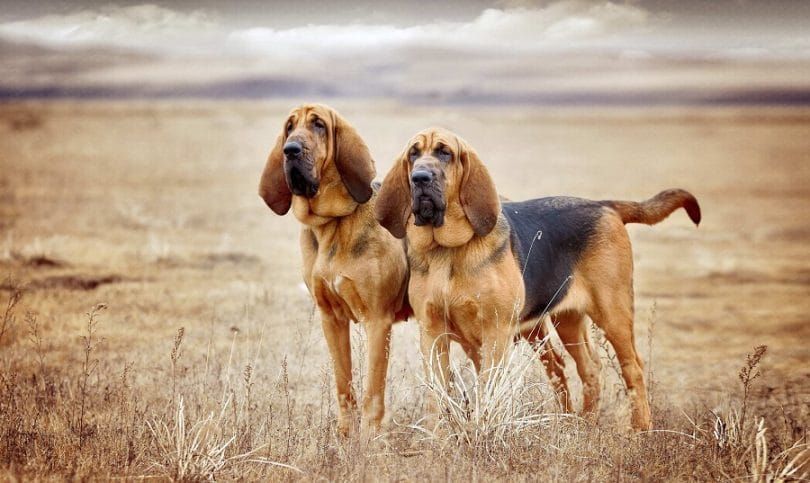 A dog from the Bloodhound breed can become shy if it doesn’t socialize when it is young. Also, it gladly welcomes any stranger, so you can’t trust it to be territorial when you leave the house.Chow Chow is an independent, less sociable and secluded dog. It has a strong character, thinks for itself and it shows signs of dominance as well. Although a Chow Chow is not the brightest dog out there, it is attached and devoted to its master and loves children too. It might be a sociable dog, but only if it is accustomed with strangers and other animals during its first years of life. 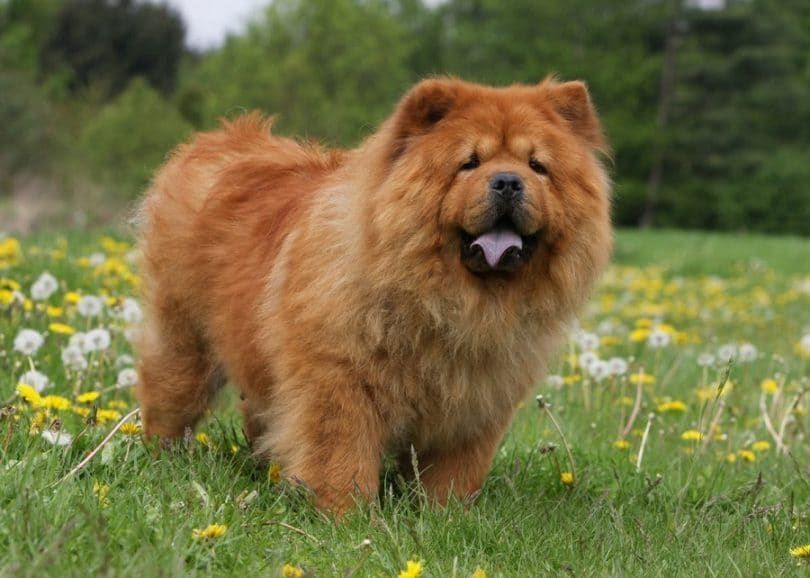 Otherwise, it will never learn how to socialize. Training a Chow Chow is hard. It is among the hardest breeds to train, so it needs consistent, balanced and firm dressage sessions. Its energy level is medium and the summer sun harms it.American Bulldog is par excellence a family dog. The representatives of this breed can do so much for their families that they are often called the dogs that do it all. Because they endure pain and are especially affectionate with children, they can be in the center of their attention for hours. Nothing can get them too tired, not even a bunch of kids. 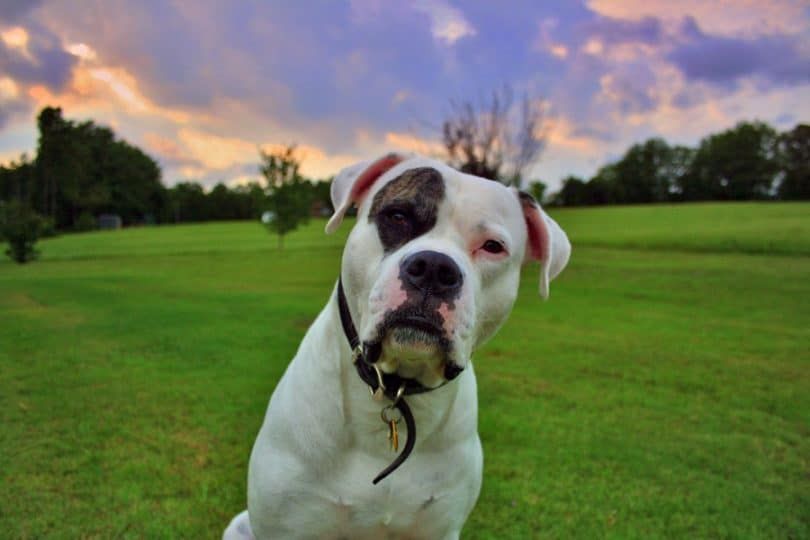 However, they are solid dogs that can overthrow adults, not to mentions kids. Therefore, children must be supervised when they play with an American Bulldog. It doesn’t mean any harm. It is gentle with the sensitive members of the family and more masculine with the others.Basenji is a dog breed known for its loyalty and affection. Basenjis fit perfectly in houses where they can exercise a lot as they are very active dogs. Also, they have an independent nature with moments of stubbornness. Training is required even though they are difficult to train and are not fast learners.

They are also considered a combination between cats and dogs as far as their character goes. This fact makes them an excellent choice for both cat and dog lovers. Basenji is a dog breed really different from all the other dog breeds. It is not so popular either.Afghan Hound is a dog breed characterized by shyness. It is a slightly reserved dog that loves running, but it can also live a happy life inside a house or condo. It can become moody and behave picky when it comes to playing with children, but also in general. This breed resembles to a cat as well, from the independence’s point of view. 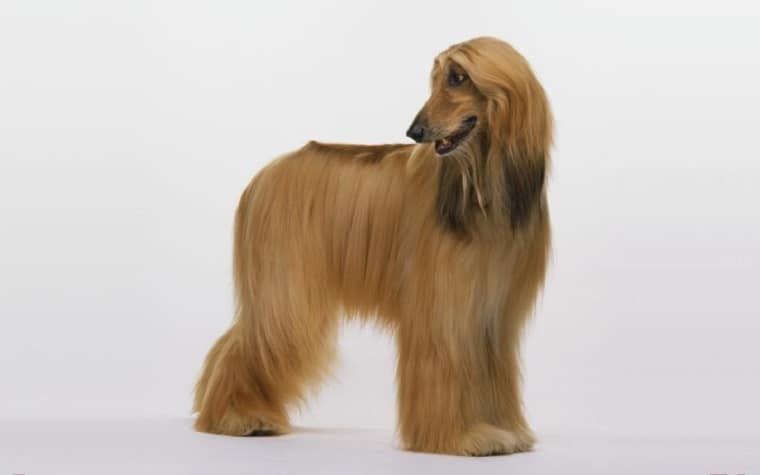 Not a common or a bright dog, an Afghan Hound can contribute to a person’s general morale and be an excellent companion even if it can’t learn the fanciest tricks as easy as other dogs can.Conclusions for the brightestDumb or not, dogs make wonderful pets and excellent companions. Some do require more work and dedication, while others pick up things really fast. Regardless of how easy it is a dog to train or not, it is still a loveable animal that needs a home. Every person and every family is different, so the dog they choose has to be different too. 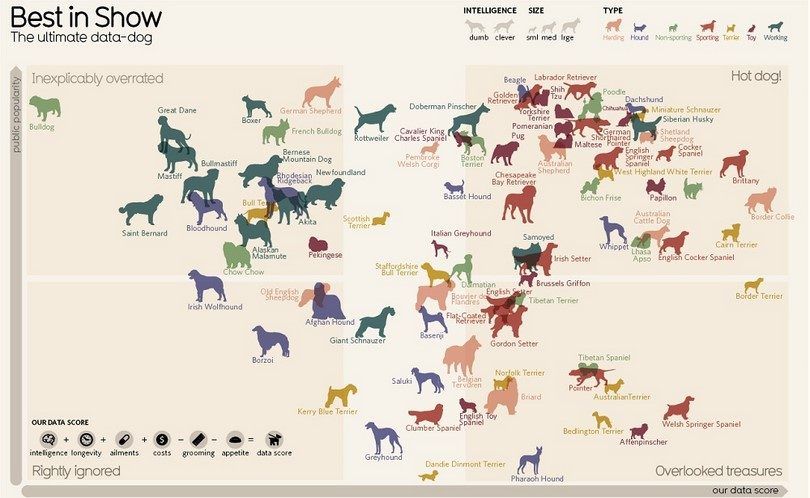 Maybe none of these 25 dog breeds are suitable for certain people, but they make excellent friends for other people and all of them will most definitely find a home. A silly dog is funnier than others and it can lighten up the mood. In turn, it can get love and a roof above its head. Moreover, some families prefer a playful and dumber dog than one that wastes its potential by being a family dog and by not participating in competitions or practicing sports that it is really good at. Plus, dumb dogs are way cutter!