The canine world comprises a large variety of dog breeds that have different physical and behavioral characteristics. They can be small, medium or large sized and oscillate between gentleness, aggressiveness, courageousness, stubbornness and so on. Different dog breeds may share some of the same characteristics, but they also have particular features. FCI or the World Canine Organization has divided all dog breeds in 10 groups that are supposed to be very helpful in the process of making a decision.What dog breed is right for me? This might be a question for which you did not find an answer yet, but you soon will after going through the following presentation.FCI’s 10 groups of dogsDo you want a balanced, attached and good guard dog? – group 1Generally, dogs belonging to Group 1 are calm, very attached to humans and excellent guard dogs. For example, a very popular dog breed from this category is the German Shepherd. With a great sense of duty, it makes a notable companion that is able to adapt. It is a multipurpose dog with a high level of activity, strong, brave and not at all pretentious. It can be raised in a yard or in an apartment.Moreover, the Belgian Shepherd and the Briard are also part of this group. The Briard was noticed for its extraordinary sense of vision. Its peripheral vision is an asset of its breed. Large dogs, the Briards move effortlessly, but they resume strictly to doing what is required.If they are used for purposes other than those for guarding flocks, they are recommended to active people who have time and energy to keep up with them. When not offered anything to do, they will find themselves something that you might not like, such as digging holes in your yard or chewing on your shoes or other precious objects. They like to move, take long walks and always have something to do. They do well in various canine sports like flyball, agility exercises and training. Participating in various forms of activities keeps them in a great shape and so could you!Although it does not belong to this group, the Bulldog is an excellent guard dog for protection and escort. It is brave, faithful, kind, obedient, intelligent and vigilant. Surprisingly, dogs from this breed need to always be surrounded by people in order to be truly satisfied and happy. They tend to be stubborn during training, but once trained, they will obey their owners and I will be faithful.Despite their small size, the Miniature Pinscher, the Doberman, the Japanese Akita, the American Akita, the German Boxer and the Miniature Schnauzer are amazing guard dogs too, but they are not included in Group 1.Do you want a good defense and watch dog?  – group 2Group 2 comprises dog breeds like Pinscher, Schnauzer, mountain dogs and Swiss Cattle dogs. They are trustworthy dogs, but they should be well trained if you want them as company dogs. The Central Asian Shepherd Dog is also part of Group 2, so you can rely on them for security and defense. These dogs feel best in an open space outdoors and less comfortable in an apartment.Moreover, the Doberman is a dog that comes with a guarding instinct and needs no training in this regard. Determined, fearless, and obedient, it can be raised in an apartment if its owner allocates time for its daily walks. It can be good family dog if you raise it around children.A Miniature Schnauzer is recommended if you are looking for a good hunter of mice and other small rodents. It is a good watchdog and companion dog, playful and attentive to children. The same can be said about Fila Brasileiro, which is obedient and very dedicated to its owner. In Brazil, this dog’s loyalty has become a legend. It loves children from its family and tolerates them even if they are bothering it continuously. 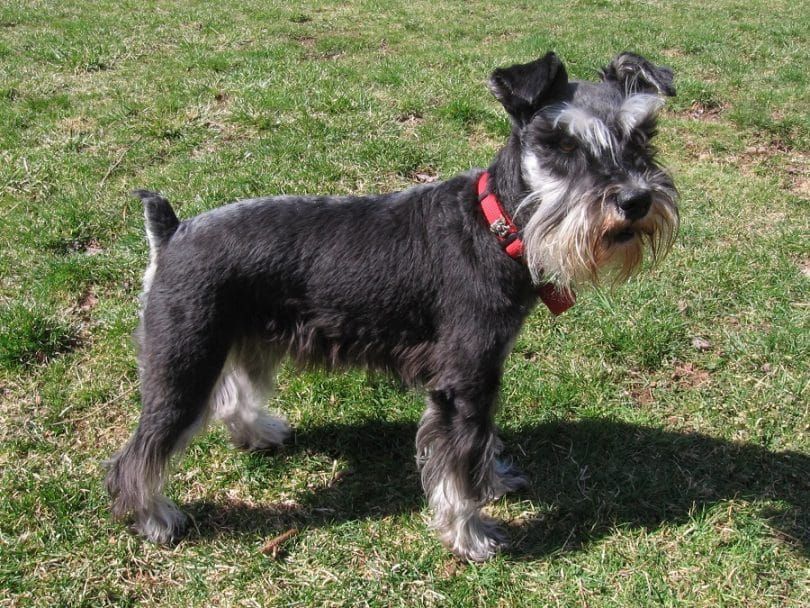 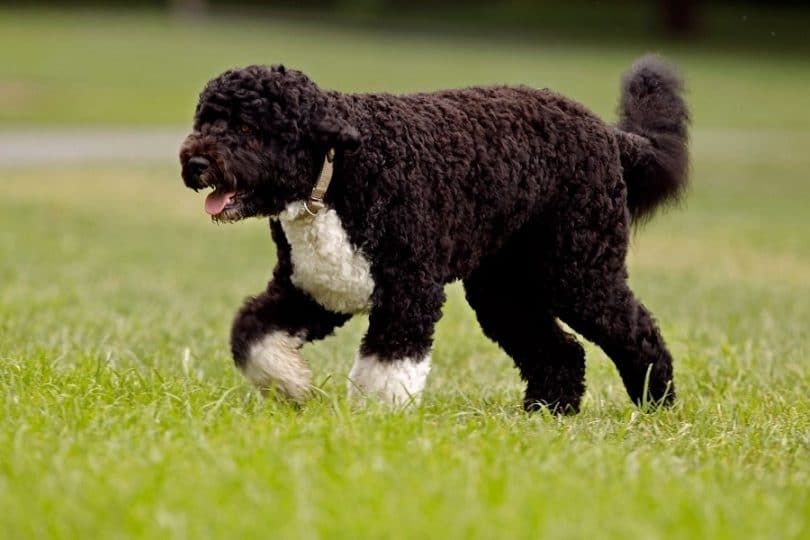 However, because of their notable sense of smell, they can be trained to track down thieves and missing people. Examples of such dogs are the Labrador retriever, the Golden retriever, the Cocker Spaniel and the Portuguese water dog.Do you want an entertaining dog?  – group 9Entertainment dogs are generally small and medium sized and they are pleasant, funny and decorative as well. Several European breeds were created in order to keep the companionship of women part of the high society who were not taking part in hunting sessions and who usually preferred the company of other ladies. The beauty, elegance, temperament and size of the recreational dog were important selection factors. These dogs are excellent playmates for children, accompanying them gladly and faithfully defending them.They are always alert, energetic, playful, courageous and full of life, with a delightful personality. They belong to a large number of breeds that man has created for companionship.Some breeds from this group are the Miniature Schnauzer, the Miniature Pinscher and the Miniature Spitz. Some breeders reduced the size and the weight of numerous dog breeds, coming up with really small specimens with delicate conformations that were supposed to be toy dogs. Since ancient Greek, but especially in the Renaissance threshold, women possessed very beautiful dogs, fact which became a kind of snobbery. Aristocratic women spoiled their dogs with ribbons, creating fashion house dogs.Examples of such dogs are the Bichon, the Poodle, the Griffon, the lhasa Apso, the Shih Tzu, the Pekingese, the Papillon, the Chihuahua, the Cavalier King Charles Spaniel, the French bulldog, the Pug and the Boston terrier.Do you want an elegant looking dog?  – group 10With origins in the Middle East and Asia, Greyhounds have long, narrow bodies. They are tall, thin, muscled and look very elegant. At first, this dog type was also used for hunting, but then, they became racing dogs. The first dog races took place over 400 years ago, under the reign of Henry VIII. The English Greyhound and the Slough are the fastest greyhounds, but the best sprinter is the Whippet. These dogs have high energy levels and are, therefore, recommended to active owners, lovers of sports, with experience in raising dogs.They like to run beside their owners while they are riding bikes. These days, thanks to their elegant silhouette they are kept in apartments. Examples for this group are the Greyhound, the Afghan Hound, the Persian Greyhound, the Russian Greyhound, the Irish Wolfhound, the Irish Wolfhound, the Slough and the Whippet.Do you want a pure breed dog or a half breed dog?There are differences between pure breeds and half breeds, but they differ mostly in terms of what the buyer wants. A few hundred years ago, people brought wild dogs in their lives. Initially, they were used as an aid to work. In many parts of the world, different species of dogs of various shapes and sizes were domesticated.Over the years, dogs began to become less important as aid workers, but more important as companions. Regardless of their role in the world, people have continuously tried to modify their skills, behavior, size, shape, color and conformation in order to obtain copies suited for different purposes.If you are looking for a dog and you need it for a specific purpose, then you could choose a pure breed dog that was selectively chosen taking those traits in mind. Even if any dog can be trained, it would be wiser for you to pick a dog that is already good at what you need it to be. If you only want a companion dog that looks in a specific way, then you wouldn’t really need a pure breed.For as long as the dog looks like to you want it to, then it really does not matter. Some dog owners find certain breeds more attractive than others and simply have to have a dog of those breeds. It would be inconceivable for them to choose a dog from another breed or one of a half breed.Some dog breeds are known to have certain personality or behavioral patterns. You can choose one that fits your style or that matches your desires. For example, as mentioned above, Golden Retrievers are known for their quiet personalities. This might be an ideal dog for some people, but definitely not for others who would probably like to feel safe at night while their dog is protecting them.Those pure breeds already trained to do a specific activity are the obvious choice. In case of half breed, you cannot really know what to expect. However, half breeds deserve as much love and the pure breeds do.Conclusions for an easy decisionMost often, dogs adapt to their owners’ behavior. If you are a very active person who goes out in the park and runs often, then choose a dog that can keep up with you. Instead, if you are busy all day long and you come home tired, then you should choose a lazier dog that is not a big fan of physical activities. In case you have a kid or a whole family, then you should avoid lazy dogs because kids might drain all their energy. Obviously, you will have to take your dog to training, but that doesn’t make much difference for docile and companion dogs.There are other factors besides the general ones listed above that you might take into consideration, namely the length of a dog’s fur, its shedding levels, its nutritional needs, its possible health problems and so on. The truth is that no matter how hard you try, you might not pick the perfect dog, but it will definitely become perfect in time because you and your family members will begin to love it and appreciate it regardless of its qualities or skills when it comes to doing simple or complicated tricks.A companion or a utility dog will become part of your life and it being pure breed or half breed will not change that emotional aspect.