Those big, round eyes, that adorable cocked head, the forlorn little whimpers… it’s hard to resist a dog who’s begging for scraps, but learning about dog begging and how to stop it will be beneficial to you and your pet. It will be healthier for him, and you won’t be annoyed by a drooling, begging pest.

While begging, your dog may sound like he’s suffering terribly. Oh, poor me. But, you know very well that he’s not starving because you put dog food in his dish every day. So that enticing piece of chicken or crispy potato chip isn’t going to make or break him. In fact, it could hurt him.

Even though dogs and humans are both mammals, that doesn’t mean that we both have the biology to digest the same foods. Many human foods can be dangerous and even fatal to dogs. Unless you’re very familiar with what’s in your meal (this includes herbs, oils, hidden preservatives, and spices), don’t risk your dog’s health.

Video: Dog Training : How to Train Your Dog Not to Beg at Dinner

For a general list of no-nos as far as people food is concerned, see the ASPCA’s poison control website or the Humane Society’s list of dangerous foods.

Dog Begging Behavior and How to Stop It 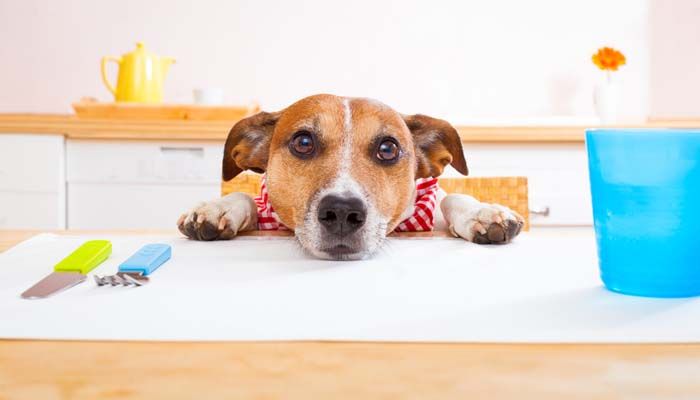 At some point in his lifetime, your dog has figured out that a certain combination of actions, such as whining, pawing the air and putting his head on your lap, will elicit a food-giving response. So, being a clever animal, he repeats these actions when he wants something from you.

Begging for food is a learned behavior and not something that dogs are born knowing.

Curbing the begging behavior will take some effort on your part and consistency. Essentially, you’ll need to train your dog not to beg. To begin, make sure that everyone at home knows that your dog will have some new rules.

You’ll also want to have a chat with any dog-sitters your dog might see and any other regular visitors. If you refuse to reward your dog’s begging, but your children are still slipping him scraps at dinner time, all of your efforts to train the behavior out of your dog will go unrewarded. 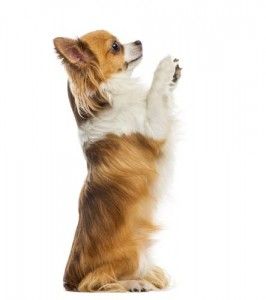 Once everyone is on the same page, you’ll have to discipline yourself as well. Make sure that you stop giving in to the begging completely. If you withhold scraps only every once in awhile, and give in at other times, you’re sending a mixed message to your dog.

Training takes patience and consistency in order to be effective. You’ll have to make sure that he gets the same message every time he tries to beg. It may take several tries, but hang in there!

Consistency also comes into play when giving your dog his own dog food. Try to establish a regular meal time every day, so that he knows when it’s time to eat and when it isn’t. If your dog gets his kibble every day at six o’clock, he won’t be as concerned about grabbing a bite when he sees other opportunities.

You can even set his bowl down before you go about preparing your own dinner. This way, he’s not only distracted from your dish, but has a full belly when it’s time for you to sit down at the table and enjoy your own food.

Since begging is an attention-seeking behavior, you’ll have to ignore your dog completely when he starts giving you those puppy-dog eyes. Turn away from your dog and avoid making eye contact when you’ve got food and he starts his begging routine. Refrain from petting him or speaking to him until he quits.

This may sound rather harsh, but don’t worry. You dog will still love you and is not going to hold a grudge. He just needs to get the signal that his whining and pawing won’t be rewarded with a treat. Likewise, scolding or yelling at the dog is unhelpful. This is still attention, even if it’s negative attention.

Distractions for Your Dog 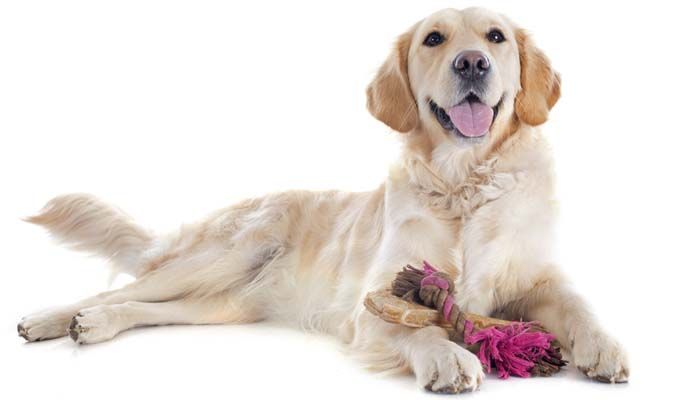 Learning about dog begging and how to stop it isn’t as simple as you thought, is it?Another good tactic is distraction. Before your family sits down to eat and the aroma of steak and potatoes (or tofu and kale) is in the air, try giving your dog a treat-dispensing toy. You could also use a piece of rawhide or a thick dog bone. The point will be to keep him occupied so that he’s not thinking about begging at your table.

Be sure to choose healthy treats and toys that he doesn’t have access to during the rest of the day. If he’s already bored with that chew toy he’s been staring at all day, he won’t become suddenly interested when you’re trying to use it as a distraction.

If your dog is crate trained, this could be a good time to have him retire to his crate for a few hours. If not, consider confining your dog to another room, using a pet gate or simply a closed door. He may whine from the new location at first, but soon he will learn that he’s not going to get the attention he’s expecting and stop.

There’s also the option of having him go lay down in a designated area. This way, he won’t be as tempted to bother you and you won’t have to deal with a cold nose at your elbow when you raise your fork. Your guests will likely appreciate this too.

More Tips for Dog Begging Behavior and How to Stop It 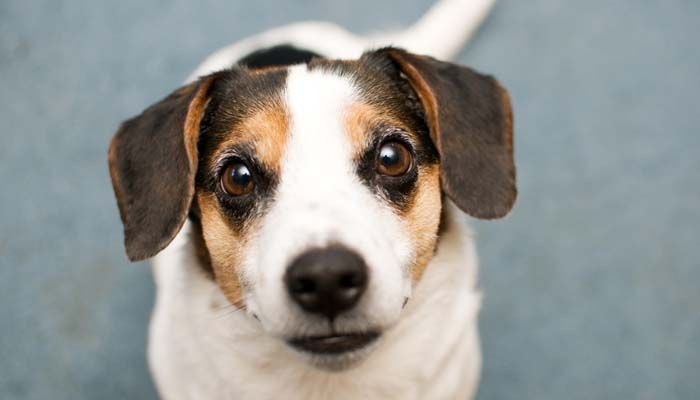 When it’s not mealtime, teaching your dog other obedience behaviors can be helpful too. He should be familiar with sit and lay down commands. It may be that your dog can still enjoy your company while you’re eating, but can learn to sit quietly at your feet instead of sniffing for scraps.

The more that you can teach him, the stronger the communication between the two of you will be. If you both learn to understand each other when it comes time to heel, go to the crate, or shake hands, it’s going to be easier to learn to stop begging.

Video: How to Stop a Puppy From Begging : Puppy Training

Although our dogs have been domesticated for thousands of years, they are still pack animals like wolves and coyotes are. This means that they develop tiered social structures. The alpha males and alpha females are in charge, followed by the betas, and so on.

Your dog needs to know that you are the alpha. If he’s uncertain about who the boss in the relationship is, he might try to take on the role himself. That’s going to lead to a whole range of behavioral problems that you don’t want to have to handle. So, if you’re firm and consistent with your dog, he will have less stress and be a happier animal.