Did you know that black dogs have the lowest adoption rate and the highest euthanasia rate than any other color dog in the shelter? Those that are adopted typically spend about 4-times longer in the shelter waiting for their forever family. It’s a phenomenon that shelter workers and rescuers are all too familiar with called “Black Dog Syndrome.”

Why are black dogs so often overlooked? 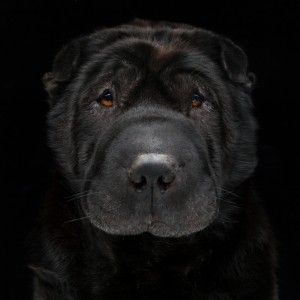 1. Superstition. Folklore and pop culture has, many times, depicted black dogs in a negative way that may have subconsciously affected how they’re viewed by potential adopters. In stories, books, and movies where a dangerous dog is depicted, that dog is very often black. The Hound of the Baskervilles, the Harry Potter Series, and The Omen have all depicted evil, frightening dogs – all of those dogs were black. Black has, throughout history, been the color most commonly used to represent negativity, evil and misfortune. For this reason, some people tend to believe that black dogs are unlucky. 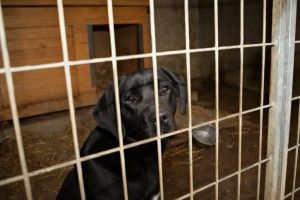 2. Black dogs stand out less than lighter colored dogs in shelters. In dimly lit kennels, black dogs naturally tend to stand out less than their lighter canine brothers and sisters. Further, many shelters and rescues use photographs to attract potential adopters. Because of their color, black dogs are harder to photograph, making it difficult to capture their personalities in photos. 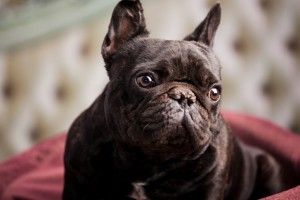 3. Many people are simply unaware of Black Dog Syndrome. While rescuers and animal advocates are well aware of Black Dog Syndrome, the general public are largely unaware of the phenomenon, not even realizing that they’re overlooking an amazing potential family member in favor of a lighter colored dog. Luckily, once people become aware of the phenomenon, they are less likely to ignore black dogs in need of loving homes.

In honor of Black Friday, the folks at Pet Gift Box want to squash the stigma – once and for all! (and they’ve got a PAWsome Black Friday deal for all the dogs in your life!)

There are countless reasons to bring home a black dog – but what’s the most important one? Black dogs are still least likely to be adopted, are most commonly euthanized, and they need people like you to give them a chance!

How can I help put an end to Black Dog Syndrome?

Even if you’re not looking to adopt, you can still help in the fight against Black Dog Syndrome!

Hopefully, with an increase of awareness, this trend will soon be a thing of the past. In honor of Black Friday, why not visit your local animal shelter and add a black furry friend to your family!

Celebrate all the dogs in your life with PetGiftBox. A FUR-rific gift to put your dog into the HOWL-iday spirit. Jam-packed with only the best quality products, your pets will thank you with happy licks, tail wagging and the loudest purrs you’ll ever hear. This Black Friday, Use code dogingtonBFS for 75% off your first box with any subscription!