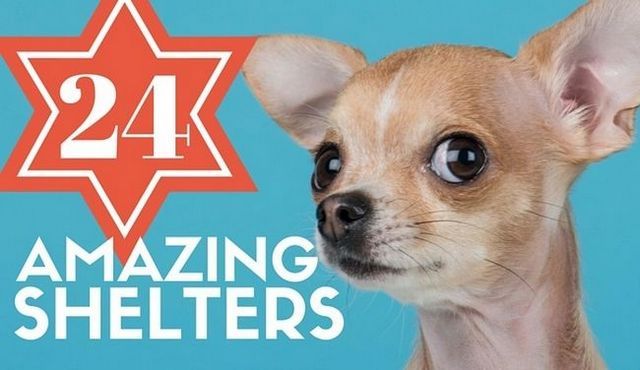 We wanted to do a round-up of some of the great shelters around the world doing excellent work with animal welfare. This was such a difficult task because there are so many good ones out there, but here are a few great shelters that stood out to us!

PAWS is an awesome shelter that has been around since 1967. It was first opened by Virginia Knouse, but is now currently run by Annette Laico and an awesome key staff.

Knouse truly started this project out of pure love for animals. Often citing her inspiration for starting PAWS was her memories of going to the market and seeing the boxes of kittens or puppies, and she wanted to do something about it.

A part of the solution Knouse believed was spaying and neutering to stop pet overpopulation. PAWS is a leader in solutions for animal welfare.

Lost Dog & Cat Rescue Foundation is definitely on a mission to drastically curb euthanasia in animals. The foundation has very modest roots. It was started simply by a couple of restaurant owners that just loved animals. They’ve been open since 2001 and have saved about 15,000 cats and dogs since then! That’s pretty amazing.

Austin Pets Alive is another group that is taking a no-nonsense approach to euthanasia in animals. Since 2008 this group has saved more than 25,000 cats and dogs from euthanasia!

They have installed a ton of programs around the Austin area that has lead to about 90% of the animals in the shelters being saved since 2011. While other shelters have tackled spaying and neutering, Austin Pets Alive has been actively pulling animals off the euthanasia list. This excellent group is run by Ellen Jefferson.

These guys have been around since 1964, quite a while! They merged with the Lost Dog Society in 1966 and started up a massive shelter on a 12 acre plot. However, since then their resources have grew and they were able to expand and can now care for over 700 dogs and cats! Imagine the staff you would need to do that!

Bideawee has been open for over 112 years in the New York and Long Island area. They have installed a ton of great programs designed to partner cats and dogs with the perfect owners for them. They’ve been responsible for saving thousands of lives of animals.

Rez Dog Rescue is a non-profit animal rescue organization located on the Yakama Indian Reservation. They specialize in finding perfect homes for abused, injured, or unloved cats and dogs. Although they operate within the reservation, they will go anywhere in reason to help an unloved animal.

Cheyenne is an awesome, ambitious shelter. They’re determined to find a home for every dog that is brought to their door. We’re really big fans of their no nonsense attitudes when it comes to helping animals. They’re not keen to say no.

They’ve been in the Cheyenne and Laramie County area for the past 40 years. They’re now run by President Lynn Boak.

Detroit Dog Rescue is fairly new. They opened up in 2011, and they are the only no-kill shelter in the city of Detroit since 2014! They also have a very ambitious goal that we’re 100% behind. They want to turn Detroit into a no-kill city.

They are offering tons of great alternatives to euthanasia. They are also offering pet education, low cost spaying and neutering, and much more!

The Australian Working Dog Rescue is a non-profit organization that focuses specifically on rescuing working dog breeds. They also cover the entire continent of Australia! They provide a full-service experience.

For $350 you can adopt an adult dog that has been micro chipped, desexed, vaccinated, and put on a heart and intestinal worm prevention program! This is an excellent deal for people looking to save working dogs.

Homeward Trails is a 501(c)(3) that started in 2001. After the founder Sue Bell found out about a local shelter that was so small they had a euthanasia rate 98%. Bell decided to adopt 3 dogs from them and help them find homes.

That was the start to a no-kill shelter that is run with love. In the past 15 years they have rescued over 14,000 animals in the Washington D.C., Virginia and Maryland areas.

National Mill Dog Rescue is a non-profit organization located in Peyton, Colorado. They were established in 2007 and they have been taking on the puppy mill industry in a bare knuckled manner. They’re an absolutely awesome organization that is run almost completely by volunteers.

The organization was started in the name of an Italian Greyhound named Lily who was used in a puppy mill and the founders saw the horrors that can happen at a place like that, so they decided to start saving puppy mill dogs.

Pup Squad was founded by members of the City of Houston’s animal control called BARC. They have been around since 2008. They started the group after they would see litter after litter of puppies being brought in without their mother and then dying because they couldn’t survive in the shelter environment.

Faithful Friends truly runs a quality organization. They are a no kill shelter out of Delaware, and they never turn down a dog or euthanize. They work tirelessly to help cats and dogs find “forever homes.” They also give the animals tons of love, care, and attention to make their stay at the shelter comfortable.

Candi International was formed when founder Darci Galati took a trip to Cancun, Mexico with her family. She was overwhelmed at the amount of stray dogs and cats living in the streets, eating out of the garbage, and not having any love or care.

Candi provides sterilization programs than can be set up in any country to help with overpopulation of dogs and cats. If you live abroad or live in an area that could benefit from this program, we definitely recommend you looking into them.

Adopt Friends 4 Life definitely has a vision, and they are passionate about seeing the vision through. They want a society where no animal will be euthanized because they are not able to find a loving home. They are working hard to make this happen.

Special Pals is a Texas based organization that is run by Elizabeth Trick. They offer all sorts of services, such as: boarding, low-cost spaying and neutering, and of course adoption.

They make the adoption process super easy, but they’re also passionate about lining dogs up with families that will be a loving and supportive environment for the dog. They’re an awesome group of people.

The name says it all. This California based organization specializes in rescuing bulldogs. They are passionate about bulldogs and finding good, loving homes for them. The price to adopt one of these awesome little pets is reasonable: $100 donation.

But you get a ton of value for the donation. Along with your amazing new pet, you get the dog chipped, desexed, and more!

Coming Home Rescue was formed in 2009 in New Jersey. However in that amount of time they have saved over 850 animals with the help of 25-30 volunteers on average. When the founders learned that 38,000 dogs are euthanized in New Jersey alone per year, they knew something had to be done about it.

SPCA Florida was founded in 1979 that cares for over 6,000 homeless animals per year! Moreover, their state of the art clinic helps over 50,000 animals heal every year.

They’re passionate about helping every animal they can and also engaging in the community through outreach programs to educate people about animal suffering.

Deaf Dog’s Rock is a non-profit based out of Virginia. They opened their doors in 2012 and have saved tons of deaf dogs since then.

They work to find good homes for all the dogs they come across and also educate people on how to care for deaf dogs, why deaf dogs make good pets, and why some dogs are born deaf.

Lawrence Humane Society helps over 3,500 dogs find homes each year. They have a ton of great services that promote welfare of dogs. Some of the programs include: stay animal care, cruelty investigations, adoptions, lost and found, fundraising, and outreach advocacy programs.

Besides having an awesome name, Dog is My Copilot is an awesome organization that was created in 2012 by a doctor in Wyoming and a lawyer in Arizona. They’re based in Jackson Hole and they help save hundreds of dogs every year.

They are funded solely on public donations, so it’s an organization that’s truly run with love. We recommend checking these guys out to see all the cool things they’re doing.

They’re mission is simple, but it packs a punch. They take a nature based approach to animal welfare. Their goal is to educate the community on animal welfare and how to care for animals.

They are working to fix overcrowding, behavior skills, social skills, and more by showing people how to care for their animals. They are doing some really awesome things with community outreach. We recommend you have a look.