National Pit Bull Awareness Day was established in 2007 as a nationwide effort to bring positive awareness and attention to the American Pit Bull Terrier and their responsible owners.

Pit Bulls were once a proud American icon. They are war heroes, movie stars, police dogs, therapy and service dogs. They are amazingly loyal companions. But, over time, the actions of a few that have taken the qualities – like loyalty, strength, and an eagerness to please their family – that make these dogs such amazing companions and used them in a negative way has caused the entire breed to be criticized. 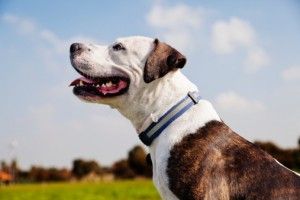 National Pit Bull Awareness Day (NPBAD) is a day of appreciation and education designed to change perceptions and stereotypes about pit bulls and their responsible owners. NPBAD was established to educate and foster positive communications and experiences in the communities in which we and our dogs live, and it is an initiative dedicated to restoring the image of the American Pit Bull Terrier.

It’s no secret that pit bulls, and pit-mixes, are at the very core of breed specific legislation, discrimination, and negative bias among the nation’s media and government. Despite continued efforts by supporters, much of the general public is overwhelmingly misinformed about the breed.

Just look at the number of myths widely believed about the breed – that they’re inherently dangerous, that they have “locking jaws,” that they don’t feel pain… these are myths that contribute to the negative bias against these incredible dogs:

Anyone that has had the pleasure of sharing their home and their lives with this loyal, dependable, and loving breed has without a doubt experienced the prejudice from the misinformed public. A pit bull owner walking their dog down the sidewalk sees pedestrians cross to the other side of the road to avoid them. Pit bull owners are limited in the communities in which they can reside with their four-legged family members. They are restricted from airlines, dog-friendly restaurants, and even entire counties.

So, what can you, as a Pit Bull supporter, do to raise awareness? The founder of National Pit Bull Awareness Day offers the following advice: 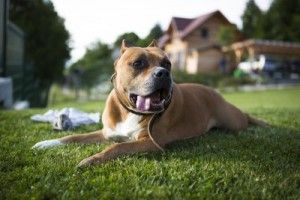 While we can’t all be on television educating about our dogs, we all can make a difference in our own way. We all can and should play a part in correcting false information and changing the perception of these incredible dogs. We are their voice, and they are depending on us to educate the public (not only about the breed in general, but with respect to responsible ownership practices), to dispel the false information out there, and to restore their reputation as a great American icon. Leading by example is a great place to start!

If you’re a pit bull owner, be an ambassador for the breed! At any opportunity, inform and educate. Show the world that gorgeous pit bull smile. Be a responsible owner.