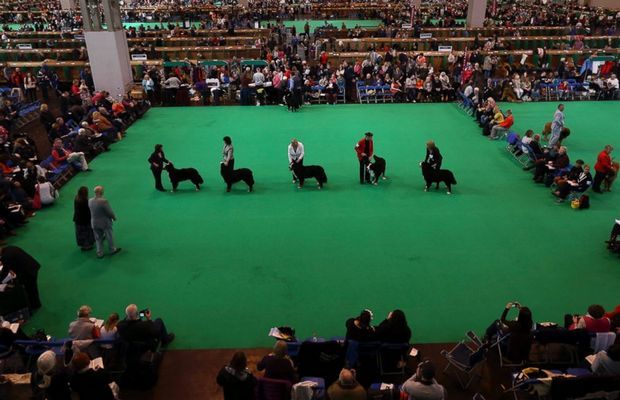 Crufts Dog Show, one of the largest in the world, is being plagued by claims of sabotage and poisoning. Last week, Jagger, a 3-year-old Irish setter, collapsed suddenly and passed away just 26 hours after competing in the competition.

Irish setters are known for being wonderful family dogs. After he passed away Friday, March 6, 2015, one of Jagger’s co-owners posted a very heart-felt statement on her Facebook page about their beloved dog saying, “…a large amount of beef cubed, stuffed with 2-3 different poisons was stitched into the meat…The timings from the autopsy make it clear the only place this could have been given to Jagger was while on the bench at Crufts.”

The Crufts competition is run by The Kennel Club, and they insisted that the cause of Jagger’s death has not yet been recognized. In their statement, they referred to the allegations simply as rumors at this time.

The Kennel Club explained that there are many well-trained veterinarians on hand at the dog show and none of them voiced any concerns about Jagger or any of the other dogs being poisoned. They also insisted that no complaints had been filed by any owners thus far, but they are aware of the reports in the media.

Jagger was obviously healthy during the time of the competition, and even placed second in his class. Typically, accidental poisonings in dogs occur when they ingest common household poisons including plants and chemicals.

Police often get involved in cases involving the mistreatment of animals, and this is no exception. The West Midlands Police Department in England says that they have not yet been contacted by police in Belgium, the location where Jagger passed away, or by either of the dog’s co-owners.

In the department’s statement they also mentioned that pending toxicology reports, an investigation will be done in conjunction with the NEC and Crufts. So far there are no leads on who could have possibly poisoned the dog.