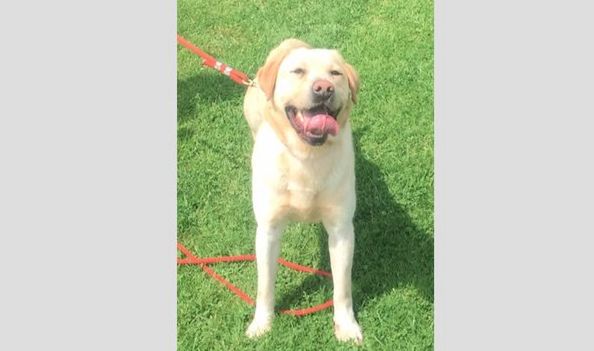 The Pennsylvania Department of Corrections initiated a fact-finding investigation when a drug-detection K-9 with the department died after being left in a hot car for more than 2 hours by his handler.

The 2-year-old yellow Lab named Totti was left in the vehicle by his handler after a training exercise at the state prison in Rockview. Totti was a member of the state Department of Corrections Drug Interdictions Unit.

A Department of Corrections spokesperson said that the dog’s handler, Sgt. Chad Holland, had stored training items in a vehicle at the end of a training exercise at approximately 12:15 p.m and didn’t realize until 2:44 p.m. that the dog was locked in the car. When they discovered Totti, still alive and conscious, the handler and other Drug Interdiction Unit staff tried to cool him with a water hose and ice before rushing him to a veterinarian where he later died.

“Everyone involved was incredibly and understandably upset and concerned for the dog,” said a statement issued by the department. “Unfortunately the dog did not survive. This has been very devastating for everyone involved.”

The department currently has 22 handlers and dogs and this is the first incident involving the death of a dog since the Drug Interdictions Unit was launched.

The department are reviewing training and safeguard technologies to prevent similar incidents in the future.

The investigation into Totti’s death is ongoing. It is unclear at this time whether charges will be brought against the handler.