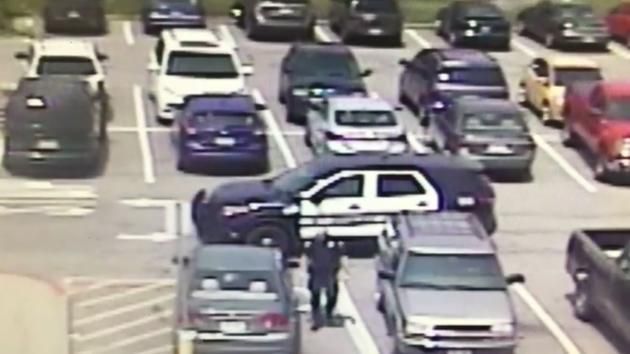 A good Samaritan and a Wisconsin Rapids Police officer are credited for saving the life of a dog left locked inside a hot car in a department store parking lot last weekend.

A concerned citizen spotted the little white dog inside the car, parked in full sun, the doors locked, all four windows completely rolled up. It was 82-degrees outside, so temperatures inside the car could easily have reached well into the 100’s. The dog was crouched into the tiny bit of shade left inside the vehicle.

Video: Two Dogs Rescued by Stranger from a Hot Car

After going inside the store to have the owner paged with no luck, the concerned animal lover called Wisconsin Rapids Police for help.

When police arrived, the caller had already been watching the parked car for more than 30 minutes with no sign of an owner.

Officer Cody Wetterau saw immediately that the dog was in distress and used a Lock-Out tool to open the door. He placed the dog in his air conditioned squad car.

Dog Rescue VideoToday, your Wisconsin Rapids Police Department responded to a distressed dog locked in a car at a…

Police are forwarding the case to the city’s humane officer for follow-up.

“Please, leave your pets at home or somewhere safe when you go shopping,” the department wrote on Facebook. “A little dog could have died today for no reason.”