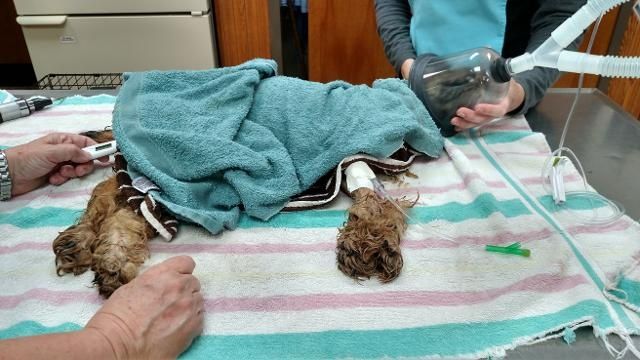 Video: Dog left in car d**s. DO NOT LEAVE PETS IN CARS!

When an Orlando, Florida woman was arrested on animal cruelty charges after leaving her dog locked inside a crate in her car while she ran errands, she was placed in the backseat of a squad car, with the air conditioner on full blast, the rear windows completely rolled down.

That’s when 28-year old Jose Thomas, had the nerve to complain to the arresting officer that she was too hot in the backseat.

Video: Criminal Pulls Gun In Back Seat of Police Car!!

Just moments before her arrest, police arrived at Thomas’ vehicle to find her dog, Lily, unconscious on the sidewalk after a concerned bystander smashed a window and pulled the dog out of the car.

Lily had been left inside a crate on the backseat of Thomas’ vehicle for an undetermined length of time while Thomas ran errands.

Although police rushed Lily to an emergency veterinarian, the trauma to her body was too great and she had to be euthanized. Orlando Police Department Capt. Sue Brown paid for Lily’s care.