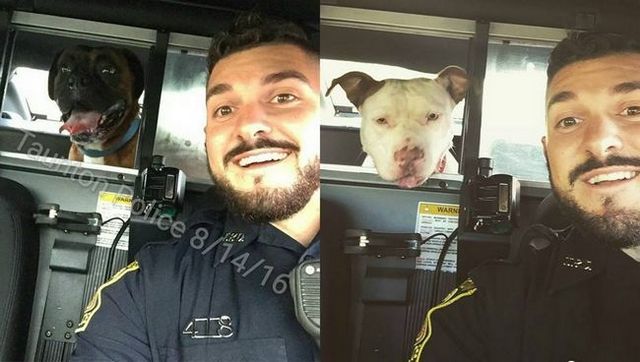 Patrolman Evan Lavigne of the Taunton Police Department in Massachusetts has been nicknamed “the dog whisperer” by his fellow officers and he’s the go-to guy for loose dog related calls.

On two separate occasions, Patrolman Lavigne responded to a call of a canine in need. Without hesitation, the dog-loving officer rushed to both scenes to help. Both times, he was able to coax the canines into his patrol car, keeping them safe until Animal Control could arrive.

While waiting, Lavigne took a selfie with each dog, posted them to the department’s Facebook page and was able to locate the canines’ humans!