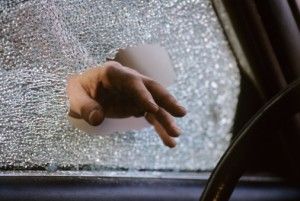 Video: New bill would allow people to break into hot cars to save pets

The North Carolina House passed a bill yesterday that gives explicit permission to use “any reasonable means” to rescue dogs and other animals left in hot cars.

Currently, 14 US-states prohibit pet owners from leaving animals in hot vehicles, and most allow law enforcement officers to enter the vehicle to rescue a dog in distress. However, North Carolina’s new law, if passed by the governor’s signature, will allow not only police officers, but also firefighters, animal control officers, and other rescue workers to take necessary action in saving an animal’s life.

Video: Would you rescue a dog in a hot car ? - TRYG insurance video

Bob Marotto, the director of the Orange County Department of Animal Services, is thrilled with the new legislation and hopeful that it will pass, saying “I think that’s a valuable tool for local animal control agencies to have to deal with animals that are in vehicles and distressed.”

Marotto’s department receives about 5 calls each week from concerned citizens reporting dogs trapped in hot cars. This legislation will allow his officers to take action, rather than wait previous moments from police to arrive on scene.

On an 80-degree sunny day, the inside temperature of a vehicle can soar to over 110-degrees in just a matter of minutes. Once an animal begins exhibiting signs of distress, immediate care is necessary for survival.