Maudelle had been struggling with life. She is a recovering addict and alcoholic – and in recovery for three years now.

“My dream for a long time was to having me a little house dog,” she says.

Brownie was a victim of a puppy mill – living in terrible conditions. He was so matted, it’s hard to believe that a dog could be living under all that coat. 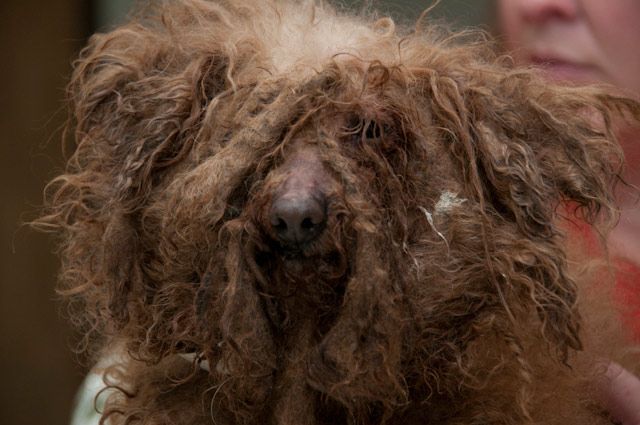 They couldn’t even tell what gender he was. His mats were full of feces and urine.

He was taken in by the Nashville Humane Society where, as fate would have it, Maudelle and her sponsor went to pick out a dog. 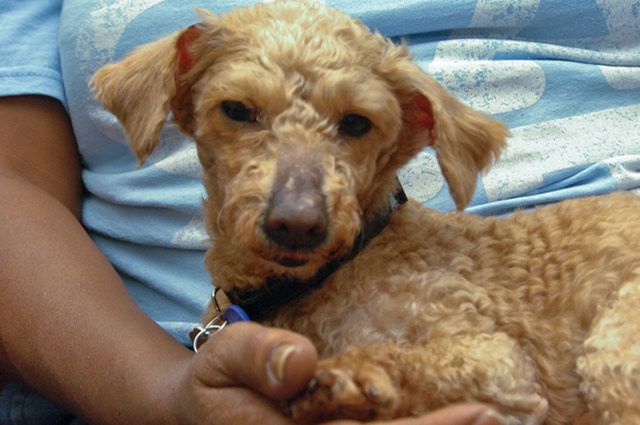 When she saw Brownie, it was love at first sight. 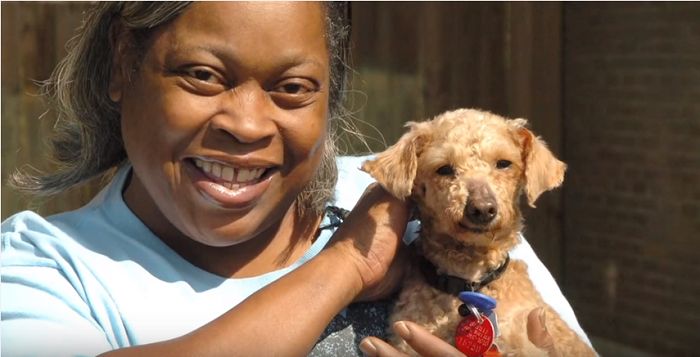 Video: ASPCA Rescues Over 100 Dogs from a Florida Puppy Mill

“I think God was doing something for both of us that we couldn’t do for our ourselves,” Madelle says. “He needed love and I need love with my new way of life. And he has a new way of life as well.”

Maudelle knew that Brownie had been a rescue, but she had no idea where he came from, until now. Now, she was going to get to watch the video documenting his recovering from the puppy mill.

See the emotional response when Maudelle sees where Brownie came from in his heartwarming video from The Humane Society Of The United States:

Even the rescue worker can’t hold back her tears – seeing how well Brownie looks in his new life. And for Maudelle, Brownie is the love she needed to help keep her on the right track. It certainly looks as though fate brought these two together.