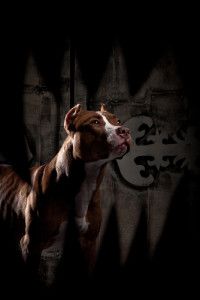 How would you feel if animal control came knocking on your door, forced you to give up your best friend, only to have him be euthanized? It’s something so unfair, something so horrific and painful that you probably can’t imagine it in your worst nightmares. But for some, this tragic tale is a reality. Some people live in areas with breed specific legislation, that hold bans on certain dog breeds and breed mixes. Breed specific legislation, or BSL, is a terrible true story that everyone should know.

The news is rampant with dog attack stories – I’m sure you’ve heard your fair share. First it was the Rottweiler, the Doberman, the German Shepherd, and now it’s the Pit Bull. These laws are in place to protect communities from “dangerous” dog breeds and reduce the amount of dog bites and attacks that take place. From a distance, that sounds like a fair concern. But up-close, we realize that there is little evidence that BSL has any positive impact on the citizens or their dogs. In fact, the idea that there are dangerous breeds is faulty in and of itself. The real problem comes from uneducated and neglectful owners who do not put the effort into training and managing their dogs.

Whatever your position is on dangerous breeds, the truth of BSL’s damages cannot be ignored. BSL is based solely on what your dog looks like – not what he’s done. Your dog gets destroyed for looking like a “pit bull.” If he’s got a large head, short hair, and the average pit bull type weight – he’s out. When BSL gets passed in an area, you must either move out of the area with your dog, or animal control will destroy him. It doesn’t matter if your dog has ever bitten anyone or not, if he looks like a “pit bull type dog,” he will be taken from your family and euthanized. You generally have no say in this matter.

The Not-Famous-Enough Story of Desiree Arnold

That sounds so wrong it can’t possibly be real. But it is. There is the not-famous-enough story of Desiree Arnold of Denver, CO. Denver enacted BSL and seized Coco, her family’s pit bull, from Arnold’s home. She was given 7 days to request a hearing for Coco. Instead, Arnold waived that right and found Coco a home outside of Denver. However, when that arrangement fell through, there was no happy ending in sight. When a neighbor reported seeing Coco back at Denise’s house, animal control came, seized Coco, euthanized her, and returned her to Arnold in a garbage bag.

Think about that for a minute. Think about the agony Desiree Arnold and numerous families are feeling right now. Think about your beloved pet being taken away and destroyed. How would you feel? How would your children feel? How do you explain that to them? How do you think our dogs are being treated? How are they suffering? There are no easy answers for BSL, and the worst part is that all of this pain and suffering is in vain.

Breed specific legislation is actually showing to compromise public health and safety rather than improve it. It doesn’t do anything to prevent bites and attacks from dogs that don’t look like pit bulls, and continues to kill friendly dogs that do look like pit bulls. In fact, the CDC has recommended against enacting breed specific legislation due to a variety of factors. Most importantly, they report that the ability to accurately cite a dog breed in a dog bite report is nearly impossible. It’s also difficult to get an accurate rate of bite statistics when breed identification cannot be done – as we cannot compare the number of bites to the breed population living in a given area.

Other issues also arise when you enact BSL. Those breed specimens that are dangerous are often raised and owned by people that create dangerous dogs – regardless of breed. Once pit bulls are banned, they often turn to other breeds not yet considered to be dangerous dogs. For example, in 1990, when Winnipeg, Canada enacted their ban against pit bulls, Rottweiler bites increased. In 2005, when Council Bluffs, Iowa started their ban, Boxer and Labrador Retriever bites went up dramatically. Incidentally, when Winnipeg later proposed a breed-neutral dangerous dog law in 2000, pit bull bites remained low and dog bites across the board decreased, including those from Rottweiler.

Breed specific legislation continues to make criminals out of otherwise law-abiding citizens and allows irresponsible dog owners to continue creating dangerous dogs. Whether they are involved in illegal activities such as dog fighting or are just owners who ignore the importance of proper training and containment is almost irrelevant – the laws do not create a safer environment for anyone. With the cost to enforce BSL and the increased intake of dogs in already overcrowded shelters, BSL really has not shown to benefit anyone – dog or human.

Education and Training Are The Solution

Unfortunately, these laws are still in place in many areas around the world. But they have been overturned. It’s important to educate others and yourself on actual dog bite statistics, breed statistics, and proper training, management, and socialization of all dog breeds. Education and training are the key factors in preventing dog bites, not the profiling of our four-legged friends. Learn about dog behavior, learn about proper training, and do your best to teach others to follow the slogan we all know so well – punish the deed, not the breed.

Katie is a professional dog trainer located in Southern California, with a background of experience as a veterinary assistant as well. She has trained and competed with multiple breeds in AKC Obedience and Rally, agility, herding, Schutzhund/IPO, French Ring and conformation. She has been involved in dogs since she was a child, and specializes in protection dogs, working dogs, and aggression issues. You can visit her website, Katie’s Dog Training, to find out more information about her training and accomplishments. When she’s not helping others and writing, she’s out on the field with her Belgian Malinois and Pembroke Welsh Corgi.