Video: Tons Of Pit Bulls Are Going To Be Killed In Montreal!? ft. David So 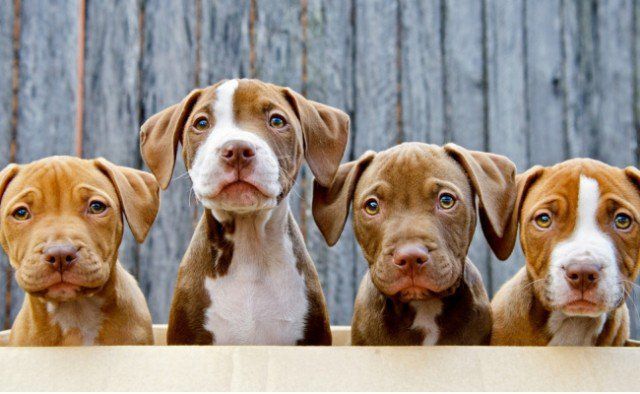 On January 19th, a new and completely unique bill in Mississippi was introduced by the state which would allow law enforcement officers to come into your home (without any search warrants) if they believe that a dangerous dog or a Pit Bull is inside. Furthermore, the new House Bill 1261 – also known as the Mississippi’s Regulation of Dangerous Dog Act – will allow police officers to kill your dog if two of the following things occur:

Needless to say, this new proposed law has garnered a lot of attention from the media, animal activists and dog owners themselves:

“This bill would make Mississippi the only state in the nation with a statewide policy discriminating against a specific dog breed, and the impact on local communities, animal shelters, and law enforcement would be disastrous. Dogs permitted by their owners to run loose, and dogs who attack people or other animals, pose a serious problem to public safety. But breed-specific dangerous dog laws are ineffective, inhumane and costly,” said senior manager of state legislative strategy for the American Society for the Prevention of Cruelty to Animals, Chloe Waterman.

It’s obvious that the lawmakers are trying to find new ways to breach citizen’s privacy without having to receive any approval from above, such as search warrants. Darren Hutchinson, law professor at the University of Florida agrees:

“Anything that tries to eliminate the need for a warrant to enter into a home raises huge fourth amendment concerns,” he says.

Aimee Shaw, who is the founder of Shaw Pit Bull Rescue in Mississippi, strongly disagrees with the new bill as well, and has expressed her concerns how bigger issues are left ignored:

“We need specific laws that issue stiffer fines and punishment for animal abuse, neglect and dog fighting. The costs associated with enforcing H.B. 1261 could be better utilized in promoting spay/neuter, and training police officers in dog body language to prevent the needless killing of family dogs. Education is the key, not discrimination. There are so many breeds that are mistaken for pit bulls that would be euthanized, as well — labs, boxers, hounds, the list goes on,” she says.

After the lawmakers have been received hundreds of complains and criticism of the proposed bill, Andy Gipson, who is the chairman of the Mississippi House of Representatives’ Judiciary B committee, on Tuesday said that because of the huge amount of negative response, this new Dangerous Dogs Act bill H.B. 1261 will be killed in committee.