Video: How to stop an attacking dog assault from biting a victim - AKBAN Self defense Bite release

Until Senate Bill 722 reached the desk of Florida governor, Rick Scott, in 2011, dogs seized from fighting rings around the state were subject to automatic euthanization without regard to their  individual personalities and aggression levels. The Best Friends Animal Society, in a press release announced the victory that comes along with this Florida law that protects canine cruelty victims by evaluating each dog individually and, if appropriate, placing them into loving forever homes.

It’s all smiles and wagging tails for Florida’s dogs!

With Gov. Rick Scott’s signature on June 21, 2011, SB 722 is now a law. And that means that dogs who are seized as victims of dogfighting operations may now be individually evaluated and adopted into loving homes, instead of being automatically euthanized.

This effort was spearheaded by Best Friends Animal Society and sponsored by Rep. Garcia of Miami and Senator Norman of Tampa.

A ceremonial bill signing will take place on September 19.

The 2011 Florida legislative session scored one huge victory for the dogs.

Senate Bill 722 (formerly House Bill 4075), unanimously passed in every committee and in the Senate, and yesterday cleared the House floor with a 99-17 final vote. Sponsored by a team of three bipartisan lawmakers – Representatives Luis Garcia and Jeff Brandes, and Senator Jim Norman – this legislation supports what we already know: rarely is an abused animal beyond redemption and no breed is inherently dangerous.

“In a year in which the State has gone after many of Florida’s most vulnerable I was glad to see that we came together as a legislature to stop punishing these abused animals,” said House bill sponsor Rep. Garcia. “I truly believe that you can judge the civility of a society by the way it treats its most vulnerable, including its animals.” 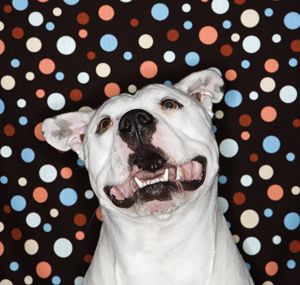 Best Friends Animal Society’s Ledy VanKavage, a nationally-respected expert on pit-bull terriers and reckless owner/dangerous dog legislation, testified last month in support of SB 722. Other animal advocacy groups, veterinarians, and rescue groups also voiced their support for the bill by highlighting their work with dogs seized in from animal-fighting situations.

“We have been working to remove the automatic ‘dangerous’ stigma from dogs and puppies seized from cruelty situations,” said Ledy. “After SB 722 becomes law, we will continue our work to remove this arbitrary designation in the remaining 13 states as part of our national pit bull terrier initiatives.”

SB 722 provides local authorities with the option to conduct individual behavioral evaluations of all animals seized from dogfighting situations and to determine if the dogs can be rehabilitated and adopted. The individual evaluation is not required, but an option for animal control officials.

“I am honored to be a co-sponsor of this bill which allows animal experts to evaluate the dogs and gives these victims of abuse a second chance a life,” noted Rep. Brandes.

Prior to its passage, the legislation received a warm reception at a Tallahassee capitol press conference. Bill sponsors decided to put a face on canine victims of cruelty by showcasing Dolly, a rehabilitated pit-bull terrier who was believed to have been used as a bait dog but now lives peacefully as a Canine Good Citizen canine companion and therapy dog for senior citizens.

“You can see what a wonderful animal this is,” said Senate bill sponsor Senator Jim Norman during the press conference, as Dolly laid down near his feet. “This is a dog that has been typified as a vicious type of animal but, as you can see, if dogs are treated right, they’re man’s best friend, ladies’ best friend — just wonderful creatures.”

Florida tails are wagging with this new law that protects the canine cruelty victims of dog-fighting rings. Read the original news article here. Have you ever adopted or fostered a former fighting dog? Share your stories and thoughts with us in the comments below!