Choosing your puppy`s name is one of the fun things about being a new `parent`. 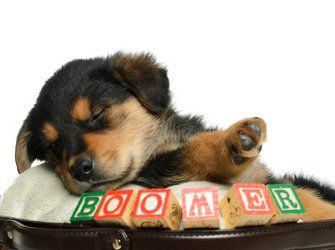 Although it isn`t quite as fraught as choosing a baby`s name, it can come close!

You don`t want to take a month to make a decision but you do need to take a little time to think about it.

It`s important to pick a name that feels `just right` because you`re going to using it what seems like a hundred times, every single day, for years to come :)

Whether you`re looking for a popular name, one that`s unique, or one to suit your sense of humor/your dog`s breed/color/size/personality and so on, I can help you find the perfect fit.

CLICK HERE to see the most
popular dog and puppy names of 2014!

It might actually be more than you think, because the name you choose for your new pup can say a lot about you, as well as a fair bit about how you view your dog!

Other people might even judge your dog`s personality by the name yougive him.

Calling him `Killer` or `Hannibal` might seem funny if you own a complete softie who wouldn`t say boo to a goose!

BUT strangers may not be amused when he`s barking or growling at them - especially if you own a breed that tends to be feared due to media hype and lack of public education (such as Pitbulls and Rottweilers).

It might also be a good idea to rein in your sense of humor :)

If you choose the name `Tiny` for your Great Dane puppy or`Rocket` for your little Basset Hound, it will probably raise a smile atthe dog park.

But it can undermine your dog`s natural dignity when you go for a laugh at his expense.

Dogs are intelligent animals, and don`t think they don`t sense whensomeone is making fun of them.

The best foundation for a goodrelationship between you and your puppy is mutual love and respect, bear that in mind when choosing a puppy name.

There are a few basic guidelines you can use to help you pick outthat perfect puppy name. When choosing names for a puppy, you can usethe following tips to find a name that sounds `just right`

Here`s a quick look at the top boy and girl puppynames for 2014 (plus a quick comparison of some of 2013`s favoritesagainst this years crop).

These lists are taken from surveys compiled by two different organizationswho have millions of puppy names in their databases.

There`s a SLIGHT variation between them, but the top contenders are pretty much identical.

Basically just the same names jostling for position in the girl lists.

Luna is a new female dog name on vetstreet`s 2014 list, and Bailey is the new addition for rover.

On the boys side, there`s a little more variation, with Bentley, Zeus & Duke showing only on vetstreet`s list, and Jack, Jake & Tucker on rover`s.

This gives you a few more to get your teeth into.

My favorites are Luna (and Luna shows up in the Top 10 for 2014. I picked a winner!) and Milo, but Lily and Oliver are close seconds :)

Of course there are also lots more adorable and popular puppy and dog names to choose from.

If you`re looking for something different, unique, or with a certain international `flair`, why not check out some of these pages.

There`s bound to be at least one name that`s absolutely perfect for your new pup....... 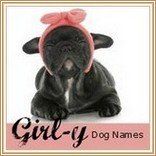 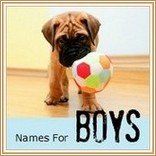 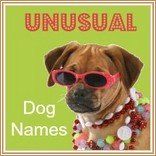 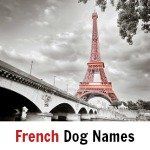 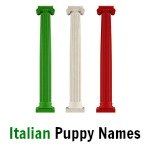 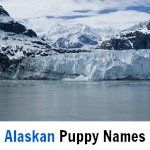 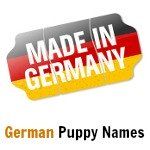 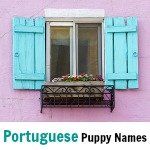 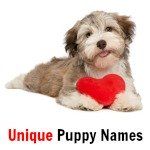