Duffy was one of 57 dogs the Humane Society of the United States (HSUS) rescued from a puppy mill raid. They were living in disgusting conditions. Duffy was found exactly where he lies in the below picture – a matted mess in a dirty room, lying next to chemicals. Even though he was severely neglected, Duffy wagged his tail at his rescuers. He had not lost hope that he would make it out of the nightmare he was forced to live in. 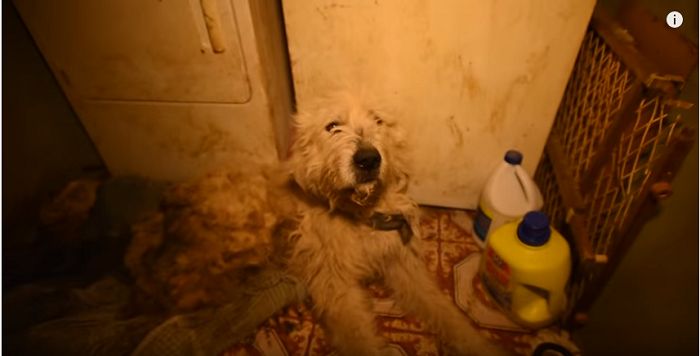 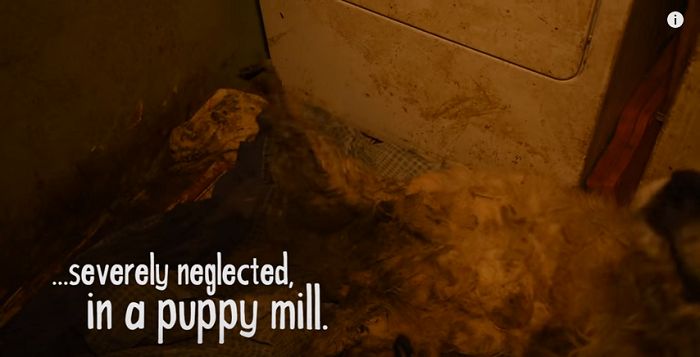 He even reached out his paw, and placed on the HSUS workers arm. The image is heart-wrenching. 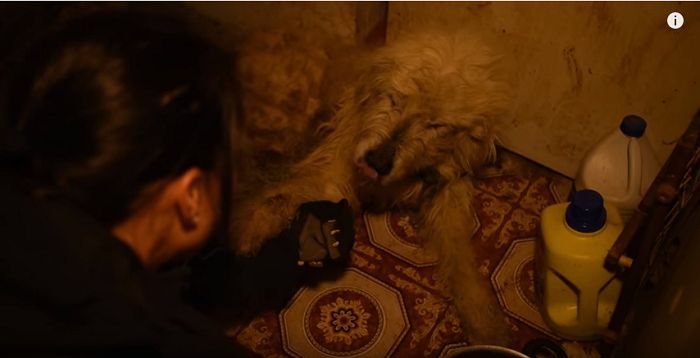 Duffy was so severely neglected, he couldn’t walk out of that awful place on his own, so the rescuers gladly carried him out. 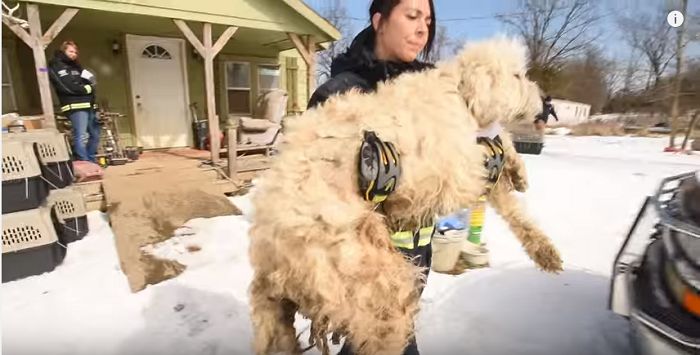 He was so skinny, so battered and neglected, the HSUS wasn’t sure he’d survive, let alone walk again. 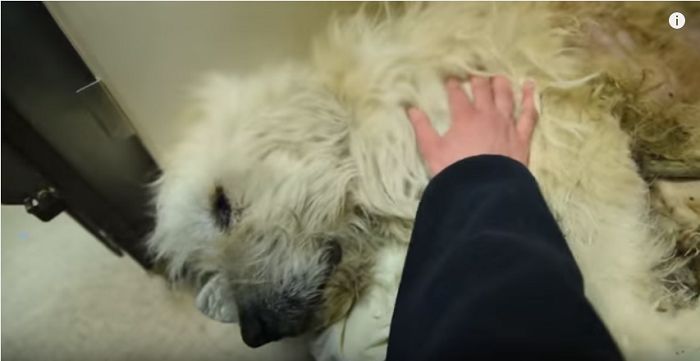 But Duffy had heart. He survived and is walking…being loved by the family who adopted him. 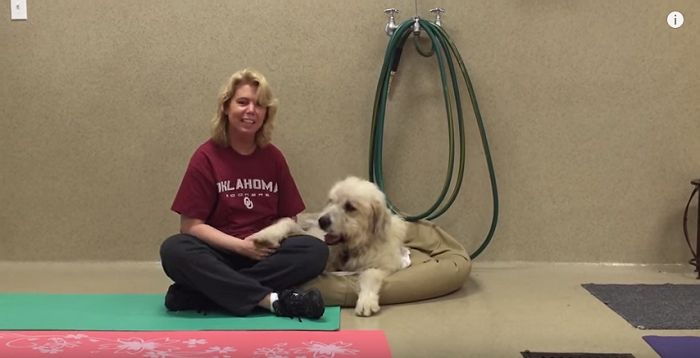 Watch him run – so happy and carefree!

We are so happy that Duffy got the Happily Ever After he deserves! The HSUS worker who rescued him got to pay a visit and was overjoyed at seeing him so healthy. 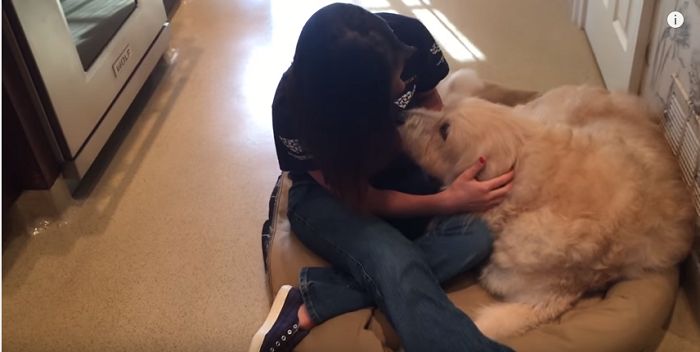 Watch his whole amazing transformation below:

There are many more dogs like Duffy waiting to be rescued. You can help by volunteering at your local shelters or rescues and by donating to organizations like the HSUS. Please share Duffy’s story to help more dogs in need.