Video: I sound stupid, but I saved a kitten.

Blue Guardian Rescue has been called by other resucers to help capture an injured, sickly, and matted Poodle. They’ve been trying to rescue the poor thing for 6 months, but the Poodle that they call Tootsie, has been evading them since.

Tootsie is terrified of humans. Which makes us wonder what kind of abuse this dog must have gone through. So whenever Tootsie sees a human approaching her, she will run away. The rescuers of Blue Guardian Rescue had to think of something clever to get ahold of the poor dog. They know Tootsie must be very hungry. So they set up a trap to capture her. Watch Tootsie’s rescue in the video below!

Bless these amazing people! Catching Tootsie wasn’t easy, but they didn’t give up on her. Tootsie underwent rehabilitation and found a loving, forever home–and even a new name, Agatha Rose!

See a stunning before and after photo of this sweet dog: 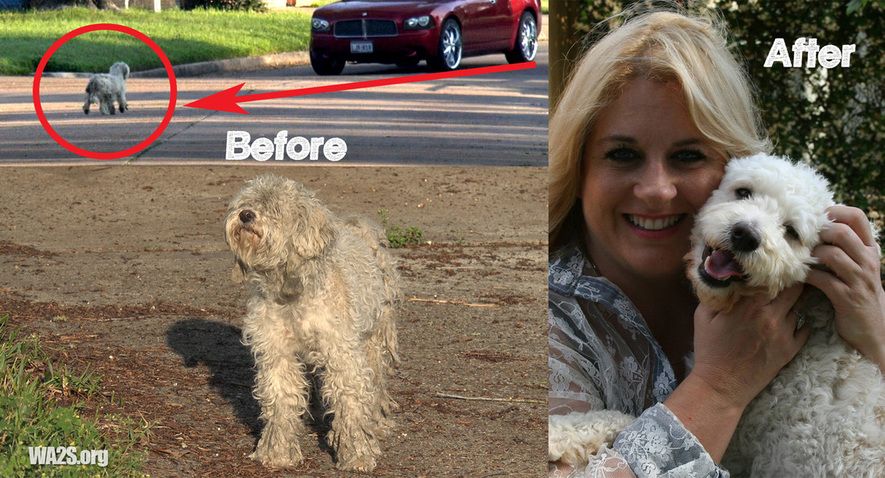