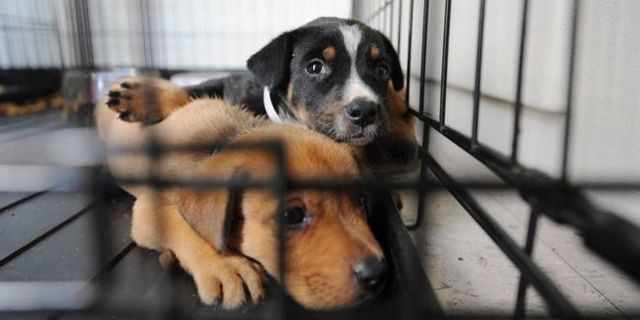 Several weeks after a meth bust in Ogden, Utah led to the rescue of 29 chihuahuas, eleven of those dogs still need a forever home, according to the Weber County Animal Shelter.

After the dogs’ rescue on October 14th, the Ogden community admirably banded together to offer food and supplies to the animal shelter, and graciously adopt 18 of these adorable rescues.

Rigby, Idaho’s Gutierrez family drover all the way to Utah to adopt one, which they named George. According to mother Deborah Gutierrez, they felt a pull to help these poor puppies out of a dire situation. “They need to be loved… We don’t want no dog to be put down, and we’re just grateful that we’re a family that wants to help out little doggies that were in a bad situation.”

While families like the Gutierrezes are stepping up to the plate, there are still 11 dogs that need homes, says Lt. Chad Ferrin, the Weber County Animal Services director. “We have applications on a couple more, we’re working with some foster and rescue groups to take some of these that maybe just aren’t quite social enough to place under the adoption program just yet.”

The dogs are said to be in mostly good health, but the number of rescues they have taken in have increased exponentially due to hoarders being forced to give up their numerous animals. Already, two hoarding cases have led to approximately 80 pets being rescued in the last year in that area, which drains the shelter’s resources.

If you want to help adopt any of the remaining 11 chihuahuas, visit the Weber County Animal Shelter at their website, or call them at 801-339-8244.