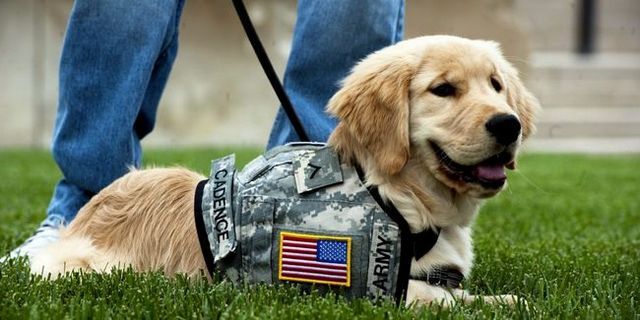 Video: What Happened When this Autistic Boy Got a Dog

Tim and Jerri Durbin have fear all too many times for the safety and health of their 7 year old son, TJ. TJ, who had recently been diagnosed with autism, cannot speak with words, and cannot respond to his name or commands. TJ is also prone to running away, which is especially problematic for his safety. A few months ago, TJ was almost hit by a car, and his mother has had to look for him after running off at the mall and in parks.

However, with the help of the community of Indianapolis, as well as local nonprofits, TJ has actually been able to afford a service dog. For the Durbins, help comes in the form of Sunny, a white Labrador retriever, who has been trained to help TJ and his family with problems related to his autism. Among Sunny’s many talents are calming TJ down when he is agitated, providing aid for him in his daily therapy, and more.

Ultimate Canine, based in Westfield, is the organization responsible for giving TJ a new lease on life by training and providing Sunny – offering the Durbins Sunny for free. All they had to do was pay the $15,000 it took to train Sunny in the talents involved with being a service dog.

The Durbins set up a GoFund Me page to pay for the training, and were able to raise $13,840 toward that cause. Last week, though, Anna’s Celebration of Life Foundation offered a final donation of $2,500 to the Durbins, making their total donations $16,340.

According to the Durbins, the extra money set up for the donation will help to pay for the specific needs of Sunny, and constructing a fenced-in yard for him.

Tim Durbin, TJ’s father, is extremely happy for the gracious gifts given to him by donors. “We are just so grateful for everybody in the community who’s contributed to this service dog fund… We couldn’t do this by ourselves, and we are so appreciative. It makes us feel so good that there are so many generous people in Indianapolis and we can’t ever thank them enough.”

TJ’s first encounter with Sunny was a fascinating one, but a moment that would change his life. Initially, TJ was visibly uncomfortable, covering his ears with his hands. After urging from the trainer, TJ was encouraged to hold Sunny’s leash, giving it back to him every time he dropped it. Eventually, TJ worked his way up to petting Sunny on their own.

This was a huge milestone for TJ, as that small moment of touch solidified their friendship, and TJ’s safety. According to Tim Durbin, “This was the first time we really saw a one-on-one connection between TJ and an animal… It really made us believe this was going to work.” If all goes well, says the family, Sunny will be able to go home with TJ in the next several months. After that, it should be smooth sailing for TJ and his new best friend.